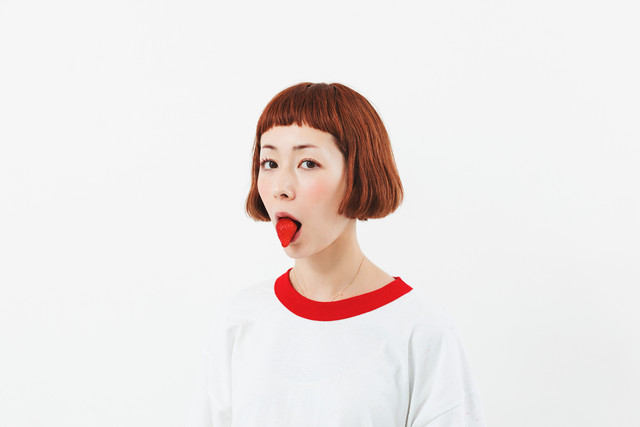 Singer Kaela Kimura will be celebrating her 15th anniversary this year, and in honor of that she will be releasing a brand new album!

Her new album will be called “Ichigo“, and is scheduled to be released on July 31st. For the album Kaela recruited a bit of girl power to help out with some of the songs, Chara and AIMYON!

This is the first collaboration for AIMYON and Kaela, but in the past Kaela and Chara have worked together before. In 2013 Kaela released a cover album called “ROCK”, and the two did a duet of the 80’s pop hit “Two of Hearts” by Stacey Q.

AIMYON premiered the new song on her May 25th performance of her current tour “AIMYON vs TOUR 2019 Love Call”. She commentated that she’s “delighted” to be one of the bright red strawberries picked to be able to work with Kaela.

Chara will be working on two songs on “Ichigo”, revealing that Kaela picked two completely opposite sounding songs, comparing it to the sun and moon. After complimenting Kaela’s cute singing voice she couldn’t be happier for Kaela’s 15th anniversary celebrations.

In May 2004 Kaela made her debut with the single “Level 42“. She scored many hits throughout her career including “Butterfly”, “Ring a Ding Dong”, and “Real Life Real Heart”. Her bold sense of style and visuals have also made her popular in the fashion and art scene.