Next year hard rock duo B’z will be celebrating their 30th anniversary together as a group, a major milestone in the career of any musician.  The pair intend to start that celebration off with a bang by releasing their 20th full-length album at the end of this year on November 29th.

This new record will be titled “DINOSAUR” and include their previously released tracks “Seimei” and “Still Alive”, as well as new songs like their 7-11 CM tune “CHAMP” and title track “Dinosaur.”  The release will be issued in three different versions, with the two Limited Editions to come packaged with either a DVD or Blu-ray which contains footage from their performance at the ROCK IN JAPAN festival this past summer.

You’ll find the cover and complete track list for “DINOSAUR” right after the cut, so please do read on below. 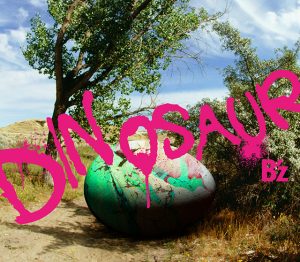