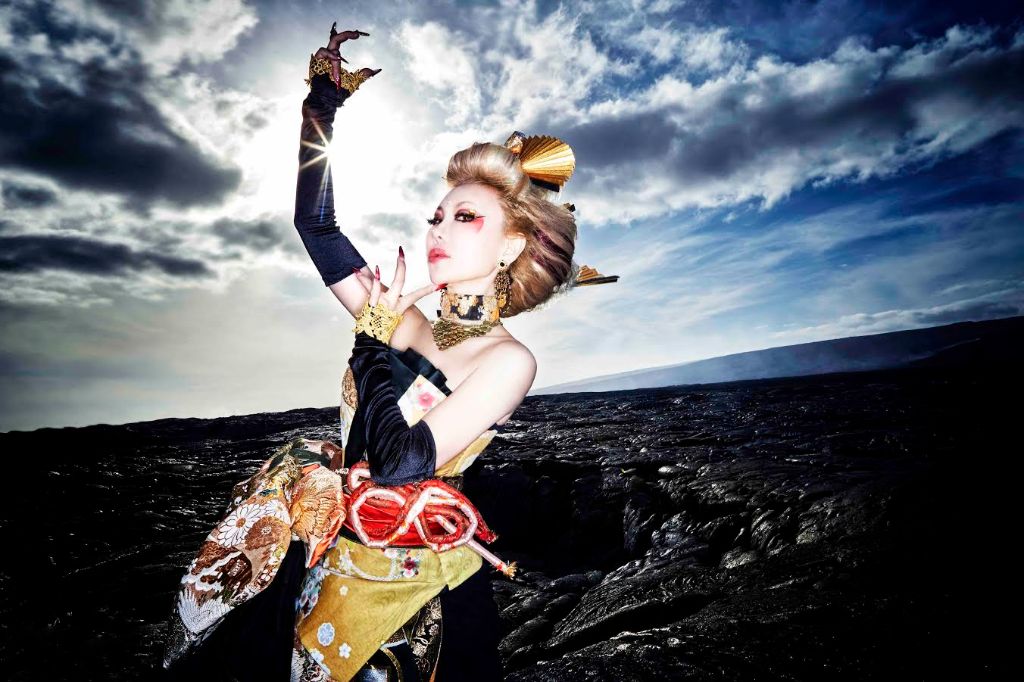 Over the years ALI PROJECT have captivated fans in Japan, and abroad, with their poetic lyrics, dark rock style music, and sensual gothic look. ALI PROJECT debuted under Toshiba EMI with the single “Koi-seyo otome” in July 1992. Since then, the pair has charmed audiences in Japan and abroad with their uniqueness. They are known for incorporating many elements of glamorous ballads, pop, rock and classical inspired music into their repertoire. ALI PROJECT’s poetic lyrics and strong visuals have always been a highlight. The band gained notoriety overseas for providing music for many famous Anime series and films including Code Geass, Marmalade Boy, and Rozen Maiden.

On March 29th their 36th single “Himiko Gaiden” was released, featuring JAM PROJECT. The video for the single was mostly filmed on a volcano, many beautiful shots of the scenery accompany vocalist Arika Takarano who is donned in modified traditional wear. During a special release event for “Himiko Gaiden” the band announced a new BEST album as well as their plans to go on tour over the summer. Only three dates for the tour have been confirmed (June 25th – Chiba July 13th – Nagoya July 14th – Osaka), but oversea activities were teased. ALI PROJECT’s 25th anniversary best album will be released on June 21st, 2017.

A 4 minute preview of the “Himiko Haiden” video can be seen below.