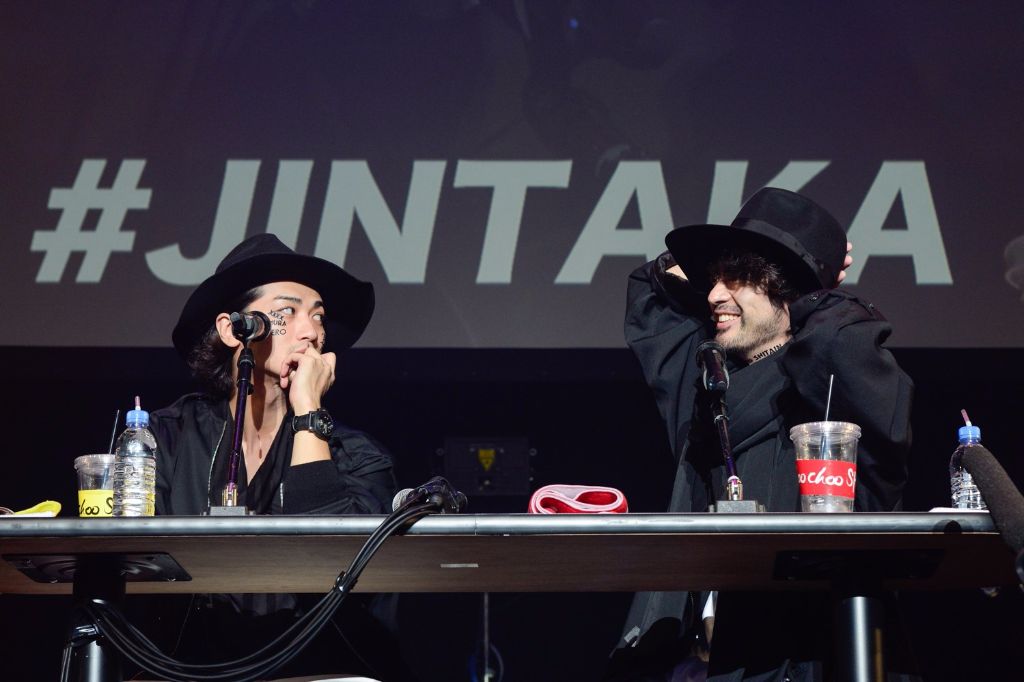 Yesterday, music duo JINTAKA, the unit consisting of Akanishi Jin and Yamada Takayuki, held a release event for their debut single “Choo Choo SHITAIN” at Toyosu PIT where they nonchalantly announced some shocking news: their disbandment.

About 5,000 lucky fans were in attendance for the two events held that day, kicked off with a performance of their debut song “Choo Choo SHITAIN.” During the second half of the event, Akanishi and Yamada hosted a Q&A.

When asked by a reported about the future plans for JINTAKA, Akanishi answered: “Um, we will disband. For our second single, our thoughts about what we wanted were different and we had different goals, which overall led to this decision of disbandment.“

Amongst screaming, crying and convulsing from fans, Yamada further explained, “I wanted a ballad as our next single, but he wanted a rock song. A difference like that means it wasn’t meant to be, so we have no choice but to disband.“

“Disbanding sounds so negative, but really it’s a positive disbandment,” Akanishi affirms. “We are already looking ahead.“

JINTAKA will perform on October 8 at the Girls Award 2016 AUTUMN/WINTER event in Tokyo, which is expected to be the group’s final performance together.

It’s over. How shook are you?