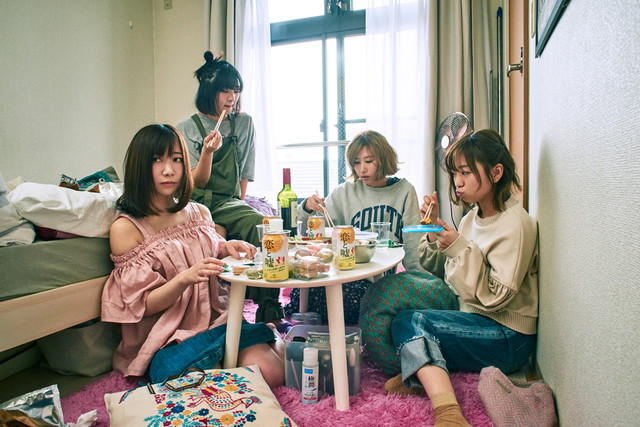 Girl band Akai Koen vocalist and keyboardist Chiaki Sato has announced her withdrawal from the band this August, citing feeling lost within her mission as the group’s vocalist.

August marks the release of the band’s upcoming album “Nesshou Summer“, and they will perform for the last time as four members on August 27.

The last seven years as a member of Akai Koen has been, to say the least, “the highest” [sic].

But in that time, I noticed myself feeling disconnected. I tried my best to try to mend it, but it kept increasing.

It got in the way of the music and I was pushed to my personal limits as the vocalist of Akai Koen.

When I think about it, I wanted to express the music [guitarist Maisa] Tsuno produced, and although I sang in the band, my self-doubt has made me unable to get on stage as the vocalist of Akai Koen.

Although this is a sudden report, I respect Akai Koen, its history, and to cherish the time we spent together, I decided to pull back the curtain on this journey.

With Akai Koen becoming three people, I’m confident they will continue on as punk as ever.

And while I have not thought about the future, there is more to come as I will continue with interesting journey and not give up. The four of us, I believe we have all not yet reached the highlight in our paths as musicians.

The band will continue as a three-member unit nearing their 8th year together, having formed in 2010 as high school students and debuted together on a major label in 2012.

“Nesshou Summer” will be the fourth album released by Akai Ko-en. It will be released in two versions on August 23: a limited CD+DVD edition and a regular CD edition.