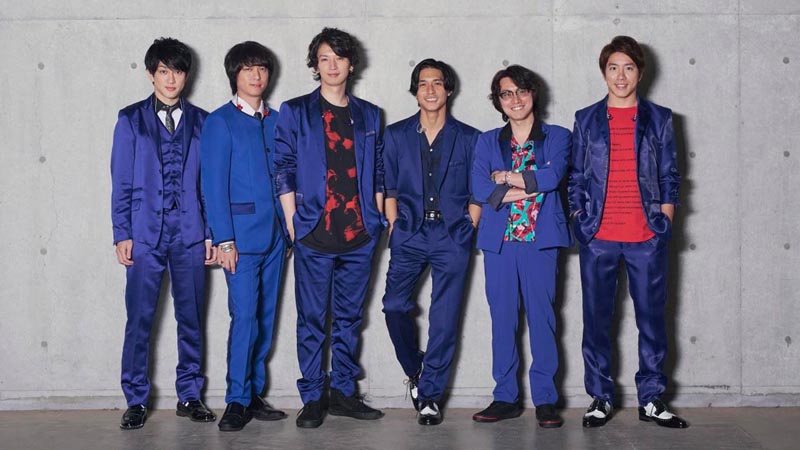 After a week of final episodes and goodbye specials with Shibutani Subaru, the new 6 member Kanjani8 is quickly moving ahead. The group performed their first concert as 6 at the first day of their 5 Dome Tour on July 15 at the Sapporo Dome. During the encore, the group announced a new single “Koko ni” (Here) to be released on September 5. The song is written by WANIMA and is the first song  the trio has ever written for another artist.

“Koko ni” will also be used as ending theme song for Kanjani8’s music show “KanJAM Kanzen Moeru SHOW”. A preview of the song recording was shown during the show. Due to the huge meaning of the song for Kanjani8 and their fans, the full lyrics is already made available way ahead of the single release at Utanet, UtaTen, and Utamap. A 28 second song preview was also uploaded at Infinity Records.

During the concert’s opening greetings, Nishikido Ryo says “Honestly, you are not used to this view, right? For us either, but this is also proof that he was here.” He continues “By the end of this performance, we hope that you can get used to this Kanjani8, even by a bit. Kanjani8 from hereon is these 6 people. Everyone watching us, we’ll do our best that you get familiar with this view.”