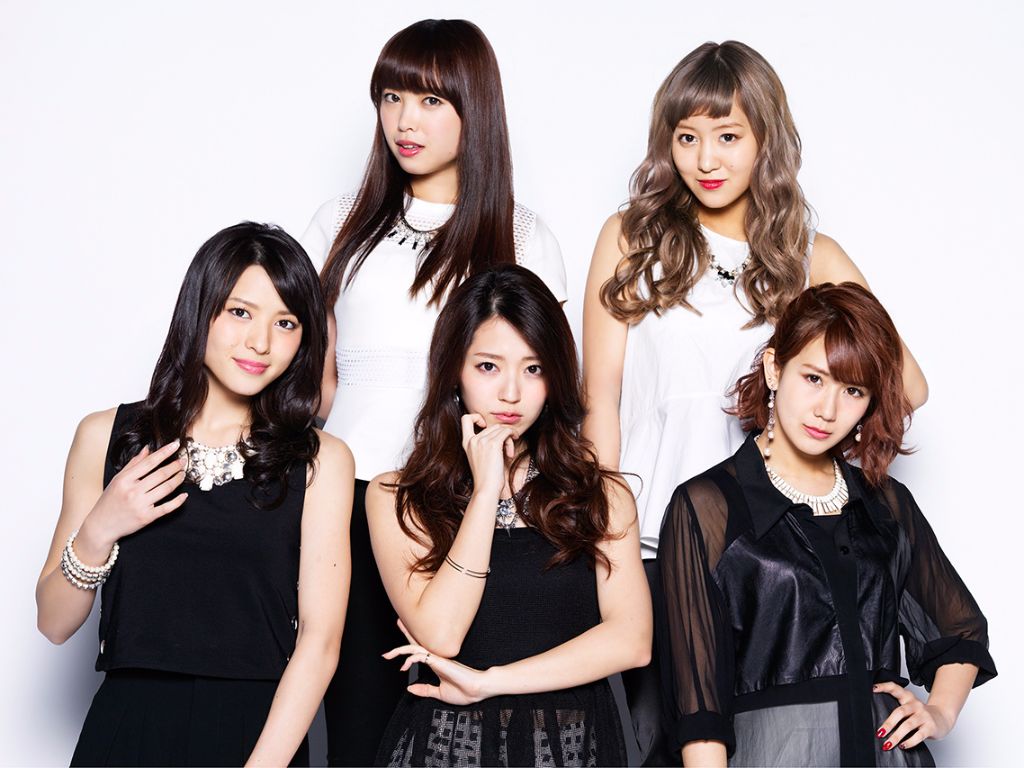 Popular Hello Project idol group ℃-ute has announced plans to dissolve after their concert at Saitama Super Arena in June 2017.

Talk of disbanding first emerged between the members privately, after in house rivals Berryz Kobo had announced their indefinite hiatus in 2014 (it took affect in spring 2015). This made the members ℃-ute start to think about the group’s and their own futures. Discussions began again in February of this year. In the end both ℃-ute and their management decided that it would be best to dissolve the group at the announced date.

After the group disbands in 2017, it’s members will continue to have solo activities with Up-front Group. ℃-ute was formed in 2005 and made their major debut in 2007.

Please continue to check back with ARAMA! JAPAN for more updates.

℃-ute and their management have released an official announcement on the Facebook in English. Please continue on to read both statements.

Thank you for your continued support for Hello! Project and ℃-ute.
On June 2017, ℃-ute will breakup after the Saitama Super Arena performance.
On February of this year, when all the members were at least 20 years old, there had been a discussion about the future of ℃-ute and each member. At that time, all the members of ℃-ute aimed to their goal, doing their best as a group. And last month, they have been told about the decision of a Saitama Super Arena performance in June of next year. After this, there has been a discussion: “For us, ℃-ute, this Saitama Super Arena is our goal, and until this day, we will rush with all our power and after we want to walk respectively in our own path”.
There have been talks about 3 options they had about what will happen of ℃-ute then. We respected the choice of the members concerning the option “Continuing the activities of the group after the graduation of Hello! Project”, but they wanted ℃-ute to stay the ℃-ute of Hello! Project. Then with ℃-ute aiming with all their power and progressing to reach their goal, by completing this performance at Saitama Super Arena, they thought they would be puffed up with pride so they considered a “breakup” and not at a “suspension of activities”. We understood and accepted this desire.
Until now, they pulled themselves Hello! Project as an elder sisters group of the project. After this dissolution, the 5 members will be by themselves, and will follow their new start but we would like to continue to watch at them.
Concerning the activities from now, ℃-ute main activity will be to be in direct contact with many people during lives, etc. Since there will be a period of around 3 months by thinking of rehearsals, performances schedule, ℃-ute will not take part of the Hello! Project tour which will start from January 2017. From now on, the detailed schedule and the individual activities after the breakup will be announced as soon as there will be decided.
So far, there have been many supports and we would like to thank everyone who permit this development.
In the future, there will be the Nippon Budokan of September 5th as well as ℃-ute no Hi (“℃-ute’s day”), an autumn tour and a new single released.
With the members and the staff in unison, while we feel gratitude and would like to repay the support of everyone, we will push on until June of next year and would like to ask for your continued support.
August 20th, 2016
UP-FRONT PROMOTION Representative Director Takeshi Nishiguchi

Thank you for your continued support of Hello! Project and ℃-ute.
Today, we have an announcement for everyone. In June next year, we, ℃-ute, will realize the dream of performing at Saitama Super Arena. And this stage will be our last one because we will break up after.
This year on February, when all the members were at least 20 years old, we talked for the group and each respectively about what we can do… concerning the future. Since this moment, we concretely thought at the future of the group, with each advancing in her path and understanding each other.
However, because especially, “As ℃-ute, we still did not realize our dream! We cannot stop until we perform at our dreaming stage, Saitama Super Arena!”, we have decided to face this dream and to fight for it. After that, our feelings became as one during our activities, and, one day, we have been said that our performance at Saitama Super Arena was decided.
We were really, really happy. And at the same time, the dream of this big goal we were pursuing and kept on arrived… it was quite an indescribably feeling.
When Saitama Super Arena’s performance had been decided, the 5 of us talked with the staff of the company, and we concluded on the fact that at the end of Saitama Super Arena, we will fulfill our individual goals and dreams after that.
Concerning the future, there were 3 options. First one, graduating from Hello! Project and as ℃-ute, continuing activities in a different stance. Second one, suspension of activities. And the third one is the one we decided, breaking up.
℃-ute started in Hello! Project and grew up. ℃-ute is part of Hello! Project. If there had not been Hello! Project, we would not have come this far. We wanted ℃-ute to stay the ℃-ute of Hello! Project.
During 11 years, by facing this dream, and because all the members continued to kept running, when the performance at Saitama Super Arena will be over, we can say with confidence “Now, there is no regret! With all our might, we have fulfilled ℃-ute!” ! The 5 of us talked proactively for a long time and that rather a break of activities, we decided on breaking up.
℃-ute has been formed on June 2005 so next year on June 11th, it will become 12 years. There had been good times, bad times, and because there had always been all the fans supporting us, from our debut with the members we arrived this far 12 years later. Our feeling of gratitude will really never end.
There are currently many promising kohai (juniors) in Hello! Project. Even after breaking up, we will follow for sure Hello! Project and we are convinced it will lead. What we inherited from our senpai (seniors), the time came we will transmit it and pass it to our kohai.
Every year, Hello! Project Concert tour takes place in summer and winter and the current “Hello! Project 2016 SUMMER 〜Sunshine Parade～/〜Rainbow Carnival 〜” is the last one we will take part in. Until the Saitama Super Arena performance, ℃-ute members will as much as possible do their activities together and send their gratitude nationwide to all the fans.
Please support ℃-ute until the end. And please continue to support Hello! Project from now on as well.
August 20th, 2016
℃-ute