We are a few days away from The 30th Tokyo International Film Festival (TIFF). The festival will be highlighting the work of four iconic actresses in this year’s Japan Now section. Sakura Ando, Yu Aoi, Hikari Mitsushima and Aoi Miyazaki have been chosen as the Muses of Japanese Cinema in honor of the powerful sparks they generate on screen, their collaborations with renowned directors and their increasing international stature.

Mika Ninagawa takes charge of the visuals of the actresses, as well as that of the festival. The theme of the visual is celebration and the unique and attractive characteristics of “Tokyo.” The movie lineup for the section has been unveiled at TIFF’s official website. The 30th TIFF will take place from October 25 – November 3, 2017 at Roppongi Hills and other venues in Tokyo.

If you love watching Japanese films, you probably have seen these prominent actresses in several of their highly acclaimed work. As the festival gives focus to the ‘muses’ of Japanese cinema, let’s take a look back on some of their most memorable films. 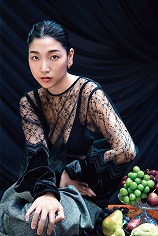 Sakura ANDO
Ando has worked predominantly in film, appearing in such features as Sion Sono’s Love Exposure (2009), Yang Yonghi’s Our Homeland (2012) and Takashi Miike’s For Love’s Sake (2012). In 2015, her starring roles in Momoko Ando’s 0.5 mm and Masaharu Take’s 100 Yen Love earned her countless Japanese film awards, including the Japan Academy Prize for Best Actress for 100 Yen Love. This year, she can be seen in Yasuo Furuhata’s Remembrance, Hitoshi One’s A Boy Who Wished to Be Okuda Tamio and a Girl Who Drove All Men Crazy, and Takashi Yamazaki’s Destiny: Kamakura Story. 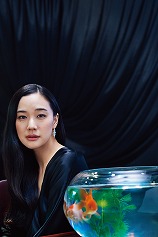 Yu AOI
Aoi marked her feature film debut with Shunji Iwai’s All About Lili Chou Chou (2001). Her role in Sang-il Lee’s Hula Girls (2006) earned her numerous awards, including a Japan Academy Prize for Best Supporting Actress. Recent leading roles include Nobuhiro Yamashita’s Over the Fence (2016) and Daigo Matsui’s Japanese Girls Never Die (2016). She has also appeared in Yoji Yamada’s What a Wonderful Family! parts 1 and 2, and will be seen later this year in Kentaro Hagiwara’s Tokyo Ghoul and Kazuya Shiraishi’s Birds Without Names. 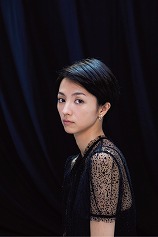 Hikari MITSUSHIMA
Mitsushima gained worldwide attention for her performance in Sion Sono’s Love Exposure (2009), which won her multiple actress and newcomer awards both within and outside Japan. She went on to appear in numerous films, including Momoko Ando’s Kakera: A Piece of Our Life (2010), Yuya Ishii’s Sawako Decides (2010), Lee Sang-Il’s Villain (2010), Takashi Miike’s Hara-Kiri: Death of a Samurai (2011), Kazuyoshi Kumakiri’s Summer’s End (2013), Masato Harada’s Kakekomi (2015), and Kei Ishikawa’s Traces of Sin (2017). Upcoming films include Hiromasa Yonebayashi’s animated Mary and the Witch’s Flower, voicing the Red Headed Witch, and Michio Koshikawa’s Life and Death on the Shore, in which she plays the lead. 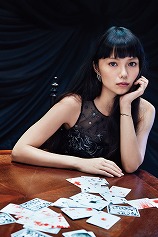