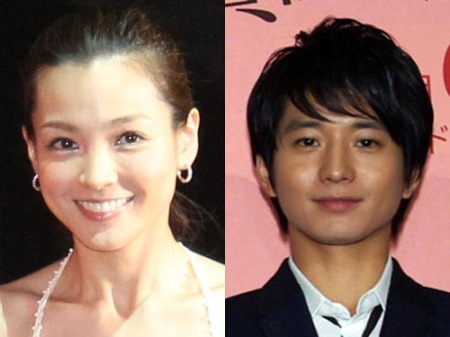 According to Sanspo, on the 20th, it was discovered that actor Osamu Mukai (32) and actress Ryoko Kuninaka (35) will be getting married.  They will submit the marriage certificate next month. The two of them met when they co-starred on a drama in 2012 and began dating. Though the topic of marriage came up right away, Mukai’s busy schedule did not allow it at the time, therefore their happiness is even more. It seems that the arrival of this big couple will be a big topic this New Year’s holiday.

This August in a ranking for “The celebrity you want to marry,” Mukai, who beat out all the other handsome men to become number one, will now marry. His partner is Kuninaka who is 3 years older and was the heroine in NHK’s series “Churasan.” A beautiful couple has been born.

According to authorized staff, they will submit their marriage certificate next month. Mukai has been informing his actor friends that his marriage as well as timing. Also, at a dinner event that he was having with his drama cast, he invited Kuninaka and informed them as a couple. Authorized staff who was there stated “I didn’t think he would really invite Kuninaka. I was moved greatly by his masculinity by how he told everyone boldly.” The ceremony and reception have not been planned.