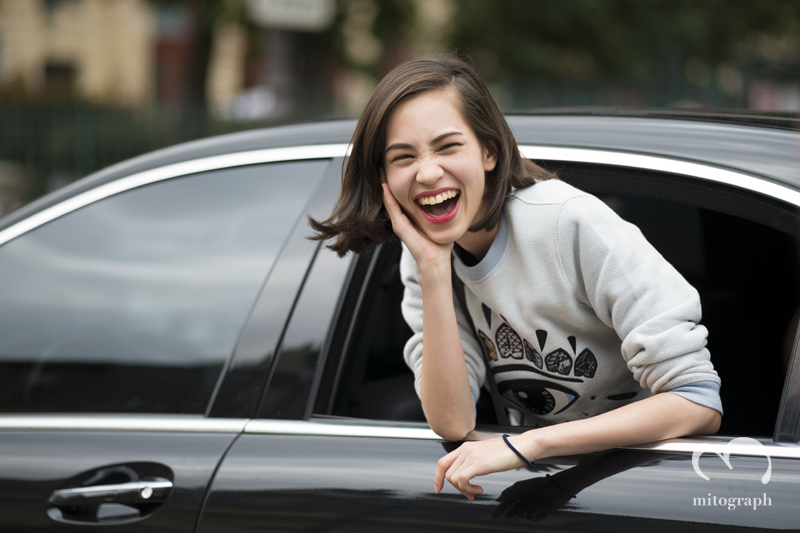 On the 15th, model Mizuhara Kiko (24) uploaded a picture that displayed the area between a woman’s legs on her Instagram, and recieved criticims calling the photo “vulgar.” Upon receiving these criticisms, she made a rebuttal, saying “This is art” on her Twitter account. NSFW photo below the cut.

On the 15th, Mizuhara posted the photo that featured a picture of a woman’s nether regions, clad only in panties with a beam of light similar to a seven colored rainbow reflected right on the woman’s crotch. Along with the photo, she added the sentence “Im in love with Rainbow.” However, because the content of the photo was associated with a women’s genitals, voices of criticism came from a section of users.

In response to the criticism, Mizuhara said “There are far too many people opposing this photo, but this is not me so you can be rest assured. This is the work of a photographer named Lina Scheyniu.” On top of mentioning that it is the work of another artist she said, “There are people commenting that the photo is vulgar. I think that there are a lot of people who are mistaking art and eroticism for vulgarity. This is art.”

Where do you think the line between “vulgarity” and “art” should be drawn?