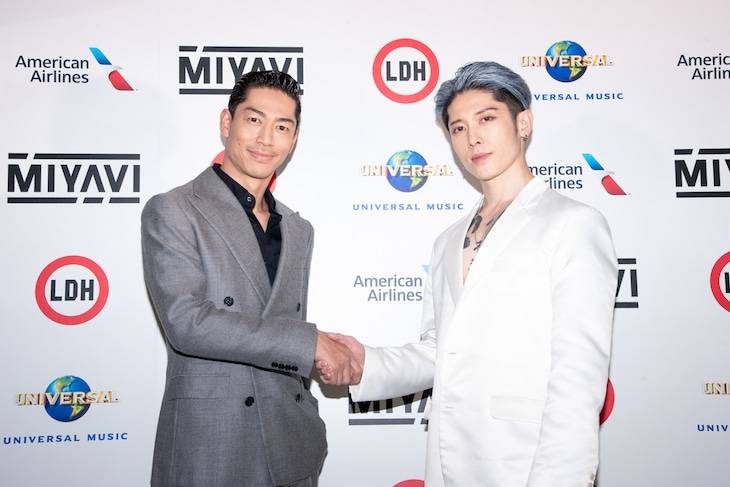 On December 18 at Zepp DiverCity TOKYO, MIYAVI held an event to announce his transfer to LDH JAPAN. He was joined at the event by EXILE AKIRA.

At the event, MIYAVI said that his heart was trembling. He was thinking seriously about developing his international career, and decided to team up with LDH in 2020 to “rock the world” together.

MIYAVI became independent in 2009 and started his own management company, J-glam. With the support of many, he has spent the past decade working around the world, but it has been difficult at times working overseas alone, he admitted. He wanted friends to do this with.

He then noted how he met HIRO, and noticed his approach to the entertainment industry, one that has a focus on friendship and unity. He also noticed this quality in others at LDH, such as EXILE AKIRA, EXILE SHOKICKI, and VERBAL. At LDH, MIYAVI hopes to learn more of these traits from HIRO.