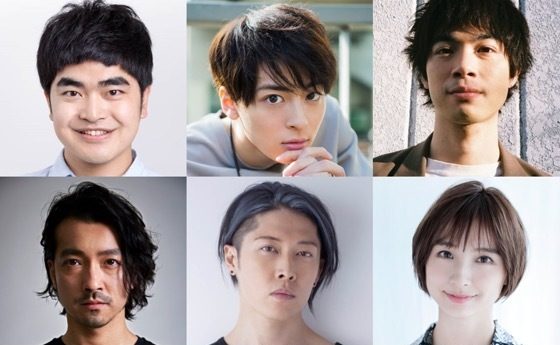 Earlier this year it was announced that Daisuke Suzuki and Keisuke Hiya‘s crime manga ‘Gangoose’ had been picked up for a live-action film adaptation. On March 11, the supporting cast was revealed.

Director Yu Irie, the man behind such films as ‘Joker Game’ and ‘Vigilante’, pilots the story that focuses on three young men (Ryo Kato, Mahiro Takasugi and Daichi Watanabe), who spent their childhood in a youth detention center. In order to survive in the world, they resort to fighting crime – with crime. Yu Irie and Kiyoto Wada have co-penned the screenplay.

The additional cast features some interesting names. Guitarist and singer Miyavi will play the role of the villain, Tomoya Adachi. Adachi is the wealthy leader of a violent crime organization and an old enemy of the trio. Former AKB48 member and current actress and model Mariko Shinoda will appear as the love interest of an sub-ordinate of Adachi, played by RIZE drummer Nobuaki Kaneko (‘Cecile no Mokuromi’, ‘Buzzer Beat’).

Other supporting actors appearing in the film include Kento Hayashi (‘High & Low’ movies) as an information source for the lead trio, Maika Yamamoto (‘Sunny: Tsuyoi Kimochi, Tsuyoi Ai’) as a hostess Yuki, and twin brothers Shota Saito and Keita Saito as bodyguards.