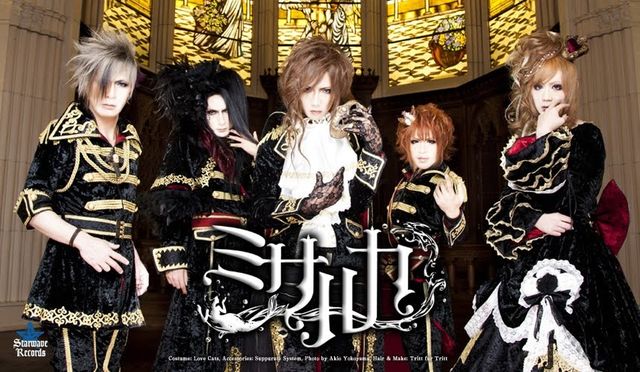 Visual Kei band Misaruka has announced their disbandment via their official website. The band’s last performance will be on May 30 at the Takadanobaba AREA. The reason the group’s disbandment was rooted in ticket sales as the band stated that if ticket sales did not reach a particular goal, the group would disband. The group will release one final album ‘WHAT DO YOU WANT?’ on February 22.

Check out the band’s full statement after the jump.

Thank you for continues support of Misaruka.

First of all, we want to sincerely thank the 187 fans who attended our one-man live on January 12 at Takadanobaba AREA
We have an important message regarding Misaruka.

Misaruka will disband following its last one-man live at Takadanobaba AREA on Tuesday, May 30, 2017.

This is the decision that was reached after discussing it again and again among all five members. We sincerely apologize to all the fans and all who have supported us for this sudden announcement.

It is because of all of our and all the people involved that we have been able to continue activities for about 9 years since our formation, and about 6 years with our current line-up.

We want to sincerely express our gratitude to all who have supported us so far, and ask that you give us the same support until the last performance.