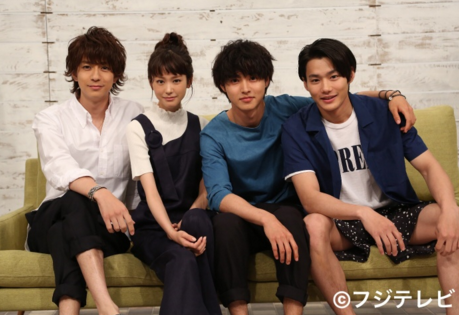 Starting on July of this year, Mirei Kiritani, Shohei Miura, Kento Yamazaki, and Shuhei Nomura will be starring in a Fuji TV drama entitled, “Suki na Hito ga Iru Koto” (lit.: About having someone I Like). It is scheduled to air every Mondays at 9PM. Last May 1, 2016, the casts have held a conference on LINE, YouTube, and Twitcasting to promote for their upcoming drama. This live has attracted more  than 600, 000 viewers.

The drama will be a romantic comedy focusing on Misaki Sakurai (Kiritani) who dreams to become a pastry chef.  She focuses on her dream too much that she has forgotten the feeling of being in love with someone. This is until she experiences a huge obstacle to her career. She then gets an unexpected reunion with her high school first love, Chiaki Shibasaki (Miura). She is then invited to work to a restaurant and live with him along with his younger brothers by the seaside. The second brother, played by Yamazaki, is a genius chef who often gets bad luck and the youngest, played by Nomura, who is a playboy waiter who pushes his luck. 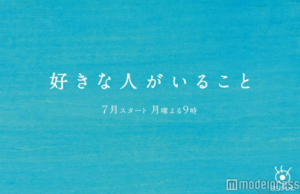 The four casts’ comments about the drama on the live interview last May 1: 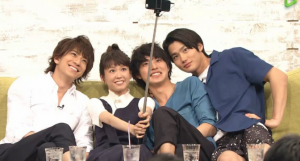 Kiritani: The title sounds really good to me that is why I am really looking forward to it. Particularly, a girl who falls in love begins to bloom as well by becoming cuter than her usual. In that case, I would like to say that this drama is perfect for a Getsu-9 drama this summer. I am looking forward to play the role of Misaki.

Yamazaki: The title is simple, but in my opinion, having someone I like (referring to the title) is really important.

Miura: This is a new concept with a cast that will surely capture the younger generations’ heart! With that being said, I would like everyone to look forward to this drama.

Nomura: Even though I’m a year older than Yamazaki, he is going to play the older brother. (laughs) Shohei-san, on the other hand, acts an older brother even in private. I am hoping that we’ll be really like brothers which can be shown [naturally] in the drama.

Messages to the audience: 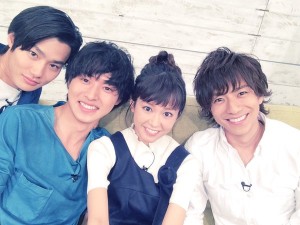 Kiritani: Since the story will focus on Misaki, there will be girls who might relate to her. While her character develops with the audience, I am hoping for everyone to have their heart skip a beat with this drama.

Yamazaki: My character, Kanata Shibasaki, will have a character development with his involvement with Misaki. I would like everyone to think that having someone they like is a wonderful thing as we offer a youthful romantic story, full of movement in the [new] era. This drama will definitely make a hot summer.

Miura: Of course, this isn’t only focused on romantic love story but also the love among the three brothers and familial love. As this will involve different kinds of love, everyone will surely get involved of it.

Nomura: Since this is a youth drama with a heart-throbbing feel, it will be a summer that everyone will look forward to! I would like everyone to watch this.