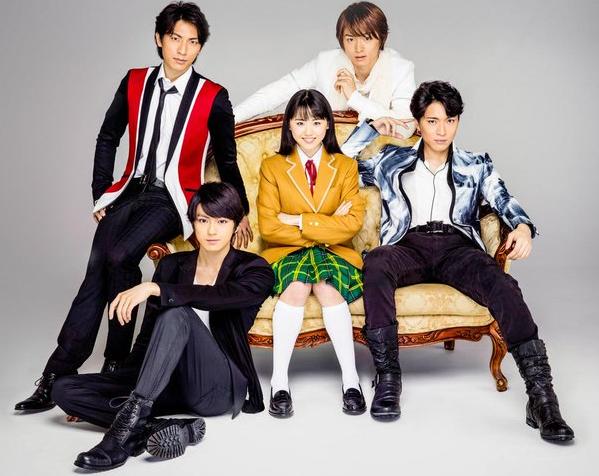 Popular manga Hana Yori Dango will be having a stage musical adaptation opening on January 5 next year. The play will run at Tokyo’s Theater Crea from January 5-24, at Fukuoka’s Sun Place Hotel and Hall on January 28, at Nagoya’s Aichi Prefectural Art Theatre from February 6-7, and at Osaka’s Sankei Hall bReeze from February 11-14.

The main cast was first announced last August. Kato Ririka, was chosen from among 3,000 participants in a country-wide open audition to play the lead character Makino Tsukushi. Matsushita Yuya (X4) will be playing the F4 leader Domyoji Tsukasa. Completing the rest of F4 are Shirasu Jin as Hanazawa Rui, Mackenyu as Nishikado Sojiro, and Kamiyama Ryuuji as Mimasaka Akira. A press conference for the play was held last October 22.

Check out a video of the presscon, Matsushita Yuya and the rest of the cast video commentary below or at Toho Stage Youtube channel.