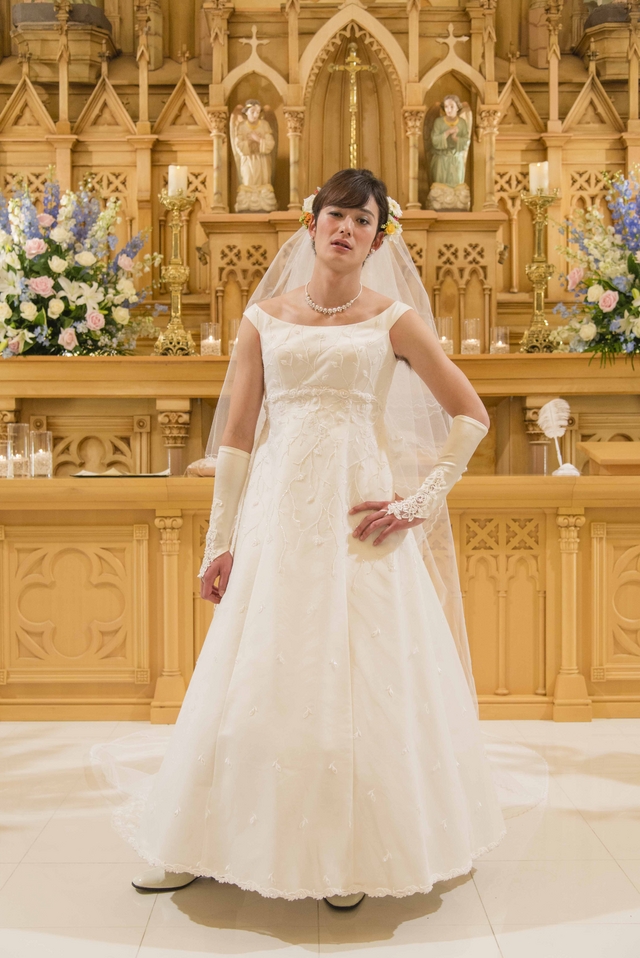 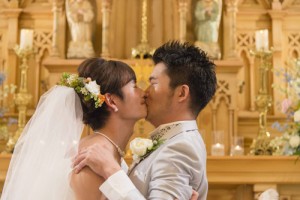 Mindset follows the protagonist Gajirou (Played by Okada) who is a self-centered man who only thinks about money and women. When he is hit by a car and survives, he tries to track down the driver of the car but learns the driver died as well as three pole dancers. Gajirou is then visited by four ghosts who died in the car accident, they ask him to carry out their last wish and tell him that if he does so, they will give him a large amount of money they left behind. Gajirou carries out their last wish and in so doing, experiences personal changes in himself.

The director of this movie, Yuichiro Hirakawa’s other work includes Tsunagu (Until the Break of Dawn), Kagehinata ni Saku (Flowers in the Shadow) and ROOKIES.

With regards to the kissing scene (which apparently had to be shot about ten times), Okada confessed “That was gross! But soft…”
Upon seeing himself in a wedding dress for the first time, Okada commented “I had mixed feelings about it and felt awkward, but I figured that at least if the director finds it funny, it’ll be worth it. I’ll be just as cute as Kinami-san!” he continued “It was so uncomfortable! It was so tight around the waist and I asked ‘why do you do this to yourselves?’ I was told that this is what women do in the name of beauty and I thought ‘wow it’s so hard to be a woman’.”

Mindset will be released on the 22nd of November 2014.