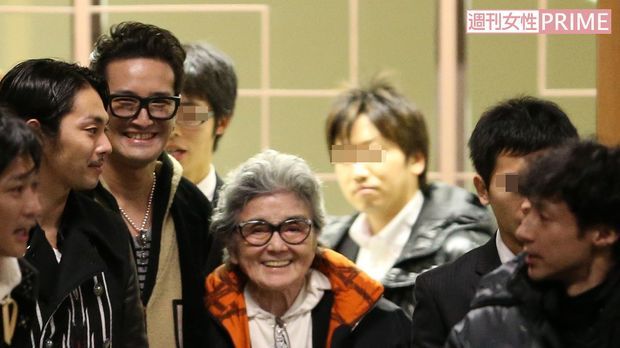 Johnny & Associates made an announcement on their website that Mary Kitagawa is no longer the agency’s Executive Director. Mary, otherwise known as “Mary Yasuko Fujishima” is the elder sister of the recently deceased Johnny Kitagawa. She is 93-years-old.

Mary had a long history with the company, as she was working with her brother since day 1. She played a huge role behind the scenes with her role as Vice President and Executive Director. The announcement on Johnny’s website was very simple, basically just one sentence long stating that Mary had officially retired from her role.

Mary will now be the “Honorary President” of Johnny & Associates, which is essentially just a nice title, she will not deal with day-to-day activities nor have much authority overall.

Mary is perhaps best known with fans for her dealings with the legendary group SMAP. It’s been said that she never liked the group, in 1996 when Mori Katsuyuki left both SMAP and Johnny’s she was apparently the force that pressured media companies to never use his image again, creating the false narrative that SMAP was always a 5-member group.

Mary also allegedly had a big feud with SMAP’s manager Michi Iijima . It was said that Iijima was up for the position President in Johnny’s, but Mary insisted that her daughter Julie take the position instead. Mary and Iijima’s feud also resurfaced in tabloids after she allegedly wanted Ijima out of the company, leading to the eventual disbandment of SMAP.

News publications noted that Mary retiring from her position is another sign that Johnny’s is heading into a completely new era.