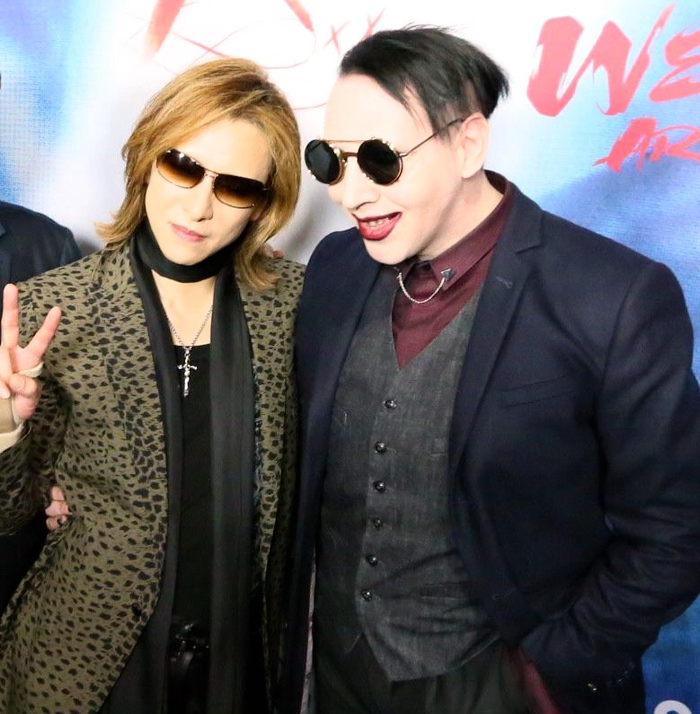 Shock rocker Marilyn Manson will be joining X Japan on stage for their second set of Coachella performances.  Manson shared that he was personally invited by X Japan’s leader YOSHIKI, the two have formed a close friendship over the years.

On his official Instagram account Manson wrote “I am happy to join my great friend @yoshikiofficial and XJapan at Coachella on Saturday the 21st for a special performance,”

Las week X Japan made their debut stage on Coachella, despite facing tough competition (they were performing at the same time as Beyonce) reviews were highly positive and their area was jam packed full of fans. Wes Borlan from Limp Bizkit, Richard Fortus from Guns N’ Roses, and Miya from MUCC were some of the surprise guests that joined them on stage.

Manson later took to his official twitter account where he shared that he was actually banned from Coachella, but perhaps YOSHIKI was able to make them have change of heart.

I never thought I would play at a festival I was banned from. But… Yoshiki invited me to join the stage with XJAPAN. You don’t want to miss this one

It’s currently unknown as to why Manson was banned from the festival in the first place.