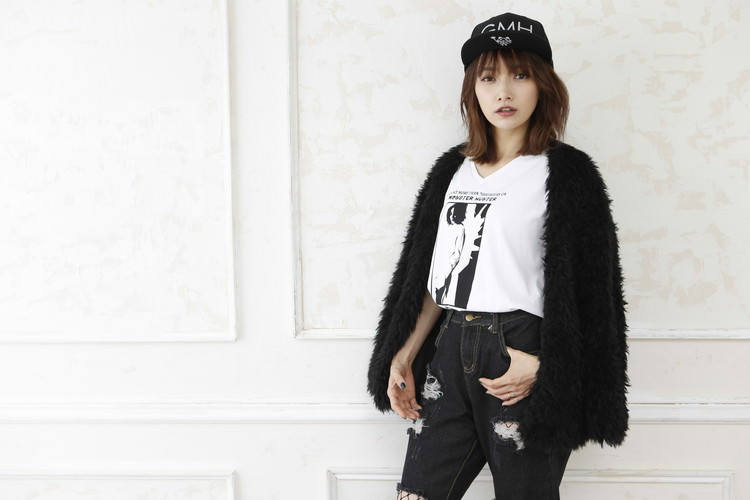 Former singer and Japan’s #1 gamer gurl Maki Goto caused quite a stir when she appeared at an event promoting Monster Hunter World, the newest title in the successful Capcom franchise.

Goto appeared to promote Monster Hunter World’s “Harajuku multiplayer spot”, with it’s grand opening happening today on March 20th. Another MC for the event was Mizuki Nishimura, one half of the comedy duo Vikings.

During the event the two showed off the games dynamic multi-player options, where they hunted and slayed various monsters.

Nishimura is also a big fan of the series, and since the games release on January 26th, 2018 he has clocked in an impressive 100+ hours.

When Goto was asked how many hours she had played so far, she stunned the audience by blushing and saying “probably about…400-500 hours“. Goto’s hunter rank (HR) has surpassed 200, and her favorite weapons to use are the hammer and light bow gun. She’s currently hunting for “gold crowns” in the game.

Her obsession with the Monster Hunter franchise is long documented. Back in October 2017, Goto collaborated with Capcom to release a snapback hat and t-shirt, the shirt has text that says “I spent more than 7000 hours on Monster Hunter”, which is allegedly true. That’s 291 days!! 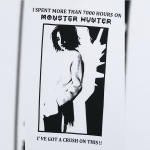 She first collaborated with Capcom for Monster Hunter in 2011, appearing in a CM for the game.

Monster Hunter World has been a huge success for Capcom, 7.5 million copies have already been shipped worldwide making it the highest selling game in Capcom’s history, and it’s only 2 months old. The game is available now for Playstation 4, and eventually PC by the end of 2018.