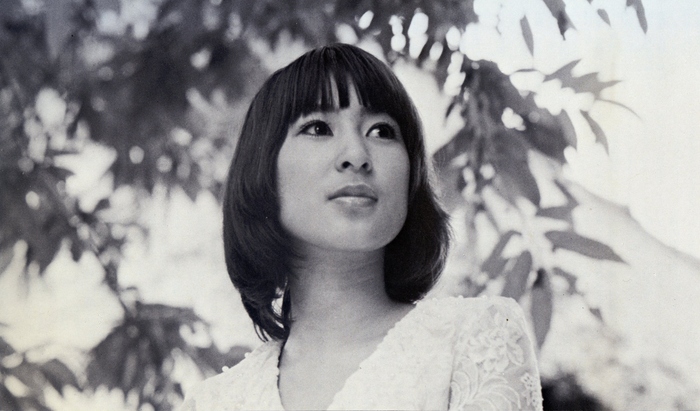 In the early morning of August 22, 2013, mother to Hikaru Utada and legendary singer Keiko Fuji jumped to death from her apartment.

Even though the second anniversary of her death is approaching, her former friends are still trying to clear up the “unsolved mystery” of her suicide.

“Our starting point was in Nishi-Shinjuku. Taking her own life there one day before Masao Ishizaka’s remembrance made me sense a strange connection”, wondered Tadayuki Narita, Fuji’s long-time manager.

Masao Ishizaka was active as Fuji’s writer from her debut on. He is known for writing hits like “Yume wa Yoru Hiraku” and was active as her agency’s CEO.

“Fuji Pro”, the company that was created for Fuji, opened in Nishi-Shinjuku, Tokyo. Soon after, Ishizaka’s violent mood swings got to the degree where he hit Fuji in public and the two of them became more and more distant.

Ishizaka passed away on March 9, 2013 due to diabetes mellitus.

Narita, who, just like Fuji, was Ishizaka’s pupil, went to his former teacher’s remembrance. During that event, his manager colleagues and record label officials alike gathered, and obviously Fuji’s death on the day before was the main topic.

“Jun-chan (a nickname, as her real name was Junko Abe), was also contacted and I heard that she would also attend. But, I didn’t think she was living in Japan. Because she had taken her life, I thought that she did so in America.”

Maybe she did not do so because in 2006, a great amount of money was confiscated from her at the JFK Airport in New York.

Fuji lived together with a man in his 30s, rumored to be a host, nurse and even yakuza member in the same apartment where she ended her life. Even now, their connection has not been cleared up.

Narita voluntarily held a funeral party shortly after Fuji’s death and another event for the first anniversary last year.

“Of course, people have been talking about who that young man was, there. Jun-chan was an iron wall, so it could not have been a relationship between man and woman. Having said that, she had the personality to be able to live with an unrelated man. At the time of her debut, she came along to our managers’ camp which was held in something like a low-quality laborers’ accommodation.”

Fuji divorced husband Teruzane Utada and refused contact with daughter Hikaru as well. It is said that her mental condition was so bad that she even summoned a friend (a newspaper reporter) to her house arbitrarily, started shouting and sent him away.

“If Fuji at that state was left alone, no one knew what would have happened. Even though they got divorced, I think that her ex-husband hired that man as a guard and let them live together.”

She had something to tell her acquaintance without fail, “My mother alone I can never forgive!” and “I want to die quietly so that no one knows I did.”

Fuji and her mother used to be referred to as “mother and daughter like identical twins”, so it has not been proven why she would make such a statement but she did not even go to her funeral. Thus, her daughter Hikaru who continues to respect her mother as “the singer, Keiko Fuji”, revealed that the relation between the two of them had collapsed as well.

Shortly before her mother’s second anniversary of death, Hikaru has given birth this July 3. Narita, who knows Hikaru since her childhood, has found hope in this, saying, “Maybe Hikaru, who has become a mother as well now, can see some things she did not realize before…”