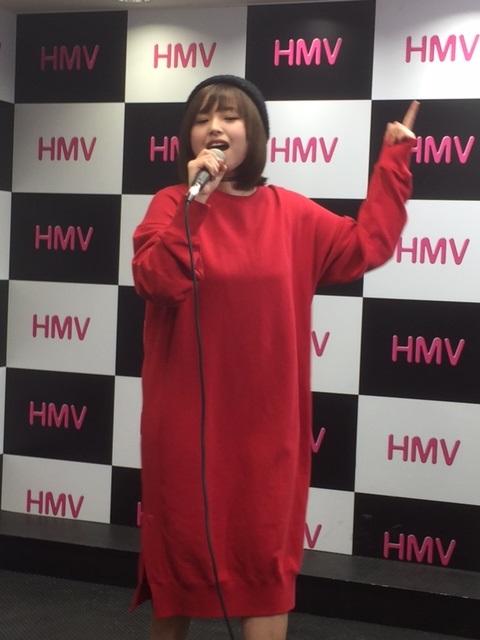 How well do you remember the 80s? Do you remember the happy, go-lucky tunes by artists like Kylie Minogue or Moritaka Chisato? How about the bright-colored outfits with spandex pants that everyone wore? Or, do you recall those Saturday morning cartoon shows that came with a billion toys that you had to buy?

Sadly, I don’t know the 80s well enough as I was born at the far end of the decade. But, if you are like me and don’t recall this golden era, don’t worry! Wakita Monari got you cover as her latest single, “BOY FRIEND”, will take you back to the days of that glorious decade.

Wakita Monari got her start in the summer of 2012 when she joined the idol group Especia. This group’s concept is a bit simple as it answers one question: How can we bring the music of the 80s to the 2010s? Especia’s tunes explore many genres that were prominent in the decade of bright colors, such as AOR, funk, disco, New Jack Swing, and others. Sadly, this group will disband next month after five years being together.

However, Wakita graduated from the group in 2016 well after the release of “Aviator / Boogie Aroma”. She went on to release her first single, “In the City”, before the end of the year.

The event I went to was for the promotion of her second single, “Boy Friend”, at HMV Sakae in Nagoya. It was released in three versions; CD, CD+DVD, and a special 7″ vinyl. There was also a special promotion where if you got three copies of the newest single, you could get the single signed, a free poster, and also have your picture taken with Wakita. Willing to take the offer up, I rushed to the register and bought my three copies.

While I was making the purchases, Wakita arrived about fifteen minutes before the start time to perform a sound check. Satisfied that the equipment was working properly, she thanked everyone soon after and exited the stage to rest a bit backstage. During the same time, I took a spot near the stage as the event was low-key. There weren’t a lot of people in attendance as I counted about twenty in the crowd. 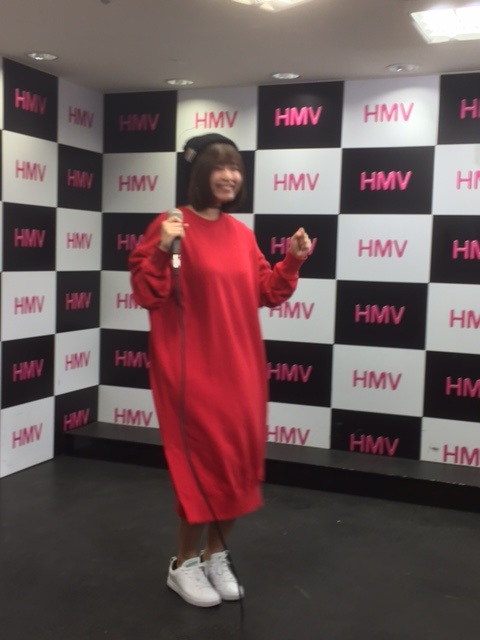 The 22-year-old singer took the stage exactly at 12:30 pm. Donning a red sweater-like dress, Wakita started off the mini-live with the b-side “Akai Skirt”. The introduction of this song reminds me of the late 80’s idol Shishido Rumi and a song off her debut album. Besides that, it’s pretty modern compared to the a-side as the synthesizer is pretty tame during the verses. Also, it features a lot of acoustic guitar and percussion. The only reminder that is supposed to be an 80s’ song comes during the break with the rad synthesizer solo.

The next song on the setlist was the debut song “IN THE CITY“. This song reminds me of the tunes off Kadomatsu Toshiki’s 1982 album “WEEKEND FLY TO THE SUN”. This might remind some of jazz fusion, a genre created in the late 70s when jazz, funk, and rock came together. Nevertheless, “IN THE CITY” is a clean tune with elements of funk nicely blended into it. Wakita has a crystal clear voice and a cute pitch that makes this tune even more delightful.

After she finished her second song, Wakita told the audience that this was her first time in Nagoya and she was a bit nervous. The singer hoped that everyone could buy her newest single and she hopes to come back again in the future. After her short MC, she finished the mini-live with the song “BOY FRIEND”. 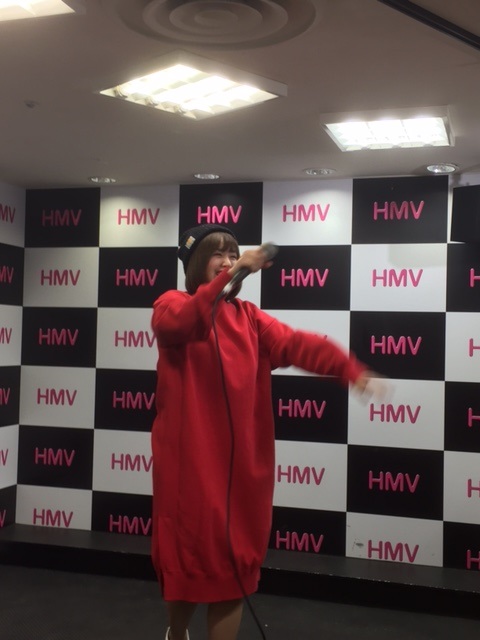 This song is pure 80s. It is as if the composer of this song just came back from 1988 in a time machine. While the composer was there, she or he heard Kylie Minogue’s “I Should Be Lucky” and tunes by Chisato Moritaka. This song is high-NRG, something akin to the Stock Aiken Waterman’s version of bubblegum pop. “BOY FRIEND” is complete with synthesizers and electric drum kits. It’s a great song, especially if you enjoy bubblegum pop or high-NRG as it isn’t too boring nor too complex. The tune was even catchy enough that the entire audience was singing along during the chorus.

Wakita Monari is an enjoyable artist that has upbeat tunes and very cute yet crystal clear vocals. Her music is catchy and will take you back to the 80s as it full of the sounds, the beats, and even the instruments found prominently in that golden era.

You can check out a preview of the single at this SoundCloud page.