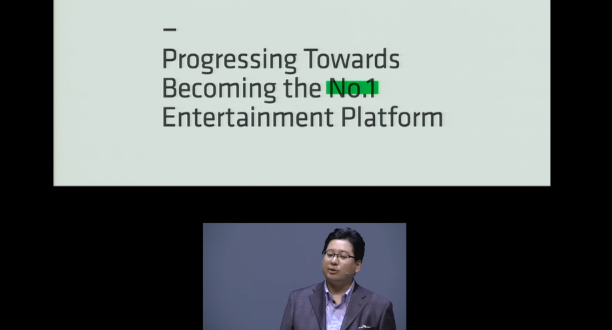 “The next step is to go global,” commented senior executive officer Jun Masuda about becoming the number one entertainment platform.

LINE will boost their already established casual gaming platform Line Game with two new joint companies with Gree and CyberAgent Group,  each with hopes of releasing one or two new titles per year.

The new companies will focus on developing and providing service for games that will be competitive on a global scale by combining the rich development environment with the extensive user base LINE holds across Asia and the globe. In either venture, they plan to work together from the early stages of content development onward.  Through the creation of these new ventures, both companies hope to further accelerate business development as well as provide high quality games made in Japan to players around the world.

Line’s Manga app has been downloaded more than 8 million times since it launched in early 2013. Changing gears, LINE’s new venture for sharing manga Line Book includes support from industry notable and influential publishers like Kodansha, Shogakukan, and Media Do. The demand for manga is strong in foreign countries, especially around Asia and English-speaking countries. However, few services provide these contents on a global scale, resulting in rampant pirating online.  Aside from the Japanese market, plans to propel translated manga in English and Chinese around the world are planned for within this year.

Another big joint venture was announced for Line Music. Partnering with Sony Music Entertainment (SME) and Avex, the new company is planned for incorporation in late October with capital stock of 480 million yen ($4.45 million USD).

“The distribution of music is changing from a [physical] package to a download to a subscription service,” said Sony Music COO Shunsuke Muramatsu, joining Masuda on stage.

A release date for this new music platform has not been announced, but Masuda assures it’s near as they have been working on it for a year now. The service will be subscription based, similar to Spotify, Google Play Music and Rhapsody.