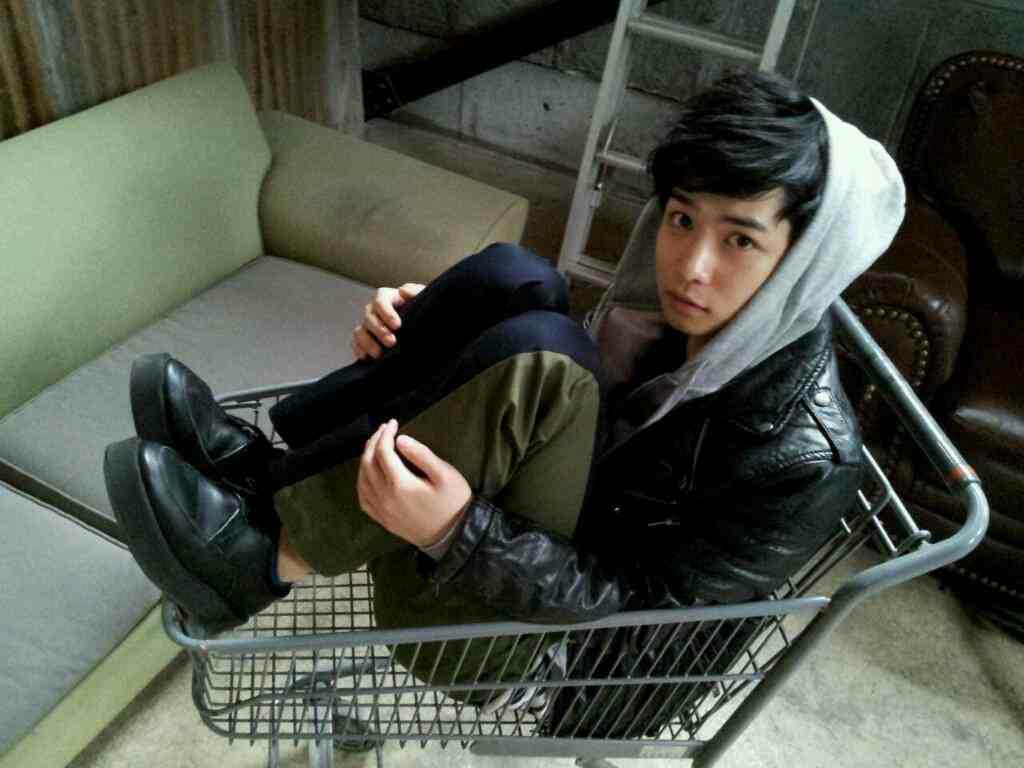 Recently while appearing on a variety show, popular young actor Chiba Yudai mentioned that one of his actress kouhais touched his nether region in place of a greeting. After he mentioned that the actress is younger than him, netizens speculated that the person who touched his special area was none other than his frequent co-star, Kawaguchi Haruna.

As reported by Aol News:

On the popular variety program Odoru Sanma Goten, actor Chiba Yudai (25) revealed “There is an actress who rubs my crotch in place of a greeting.” This lead to viewers pointing out if it could possibly be Kawaguchi Haruna, which became a topic of discussion.

The exchange that occurred on the program is as follows:

Tamaki Hiroshi: Chiba-kun gets his tamachin (penis) rubbed by an actress.

Sanma: He’s being pranked by a veteran actress?

Chiba: No, by someone younger. She goes “chi–in!” and touches it.

Chiba and Tamaki didn’t reveal a specific actress name in the program, but on the net, users pointed out that the two [Kawaguchi and Chiba] worked together in the drama “Bakumatsu Koukousei” and numerous dramas otherwise. The conclusion that arose from that is that would apply to is Kawaguchi Haruna.

The exceedingly huge conclusion that the “actress who touches [his] crotch in place of a greeting” stewed up shocked and jealous reactions on the net.

“Fah wwwwwwww”
“So jealous”
“She rubs it every time they meet…do you know how jealous I am?”
“I’m jealous of ikemen”
“The fact that she does this habitually means that I can have her touch an ugly dude like me!”
“A female pervert with that kind of face is the best”
“Wah I want to touch Chiba-kun too”
“Very erotic”
“Uh oh, I imagined it”
“Rub mine too”
“If I were touched by Kawaguchi Haruna while touching Chiba Yudai I would be so happy”
“I want to touch Tamaki Hiroshi’s”
“Honestly she’s my type and I’m super turned on by female perverts”

It still has not yet been confirmed it it was indeed Kawaguchi Haruna who did the touching.