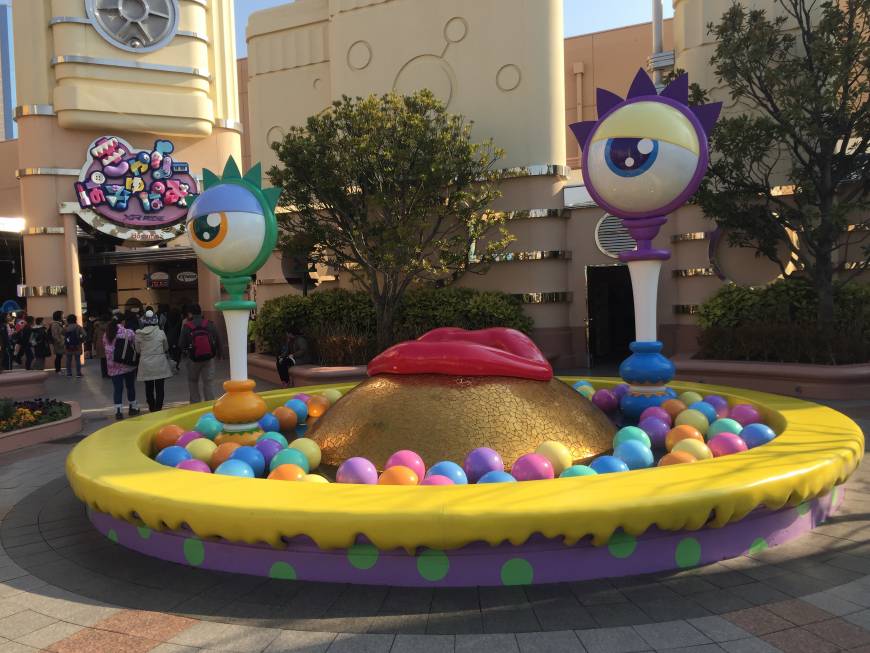 This past weekend, Kyary Pamyu Pamyu revealed her 5 point plan in celebration of her 5th anniversary in the music industry. The final point of that plan was Kyary’s ride at Universal Studios Japan, Kyary Pamyu Pamyu XR Ride. The ride recently opened at the theme park and The Japan Times sent Patrick St. Michel to review it.

Kyary Pamyu Pamyu XR Ride is part of Universal Studios Japan’s “Universal Cool Japan” event. This is the event’s second year, and it runs until June 26 this year. “Universal Cool Japan” is, as its name suggests, part of the Cool Japan program. The irony here though is that visitors must go to Osaka to actually experience this pop cultural outreach program. Patrick notes Cool Japan’s ineffectiveness, despite its billion yen budget. Things look especially bleak when compared to how Korea’s Hallyu has taken off internationally.

This year’s event included the four attractions from last year (the “Evangelion” and “Attack On Titan” 4-D experiences, the “Monster Hunter” exhibition and the “Biohazard” zombie survival game), plus Kyary’s new ride. Lines for most of the attractions were 100 minutes long, but Kyary’s line’s wait time was more than twice as long.

Patrick managed to get in the Kyary Pamyu Pamyu XR Ride line when the wait time was only 140 minutes long, which was at 10 AM. While in line, Kyary’s songs played and people in line did the choreography to them. When he reached the front of the line, Patrick’s picture was taken by park staff and he ventured into “Kyary Factory.”

Kyary’s ride is the world’s first “XR” roller coaster, something which Patrick says is an extra bit of bait to lure in attendees who don’t necessarily care about Harajuku. On the ride, attendees wear a pair of “Kyary Googles”, which let them see a 360° virtually reality world that ties in to Kyary’s brand. He made note of the dancing makeup, complete with dead eyes.  During the ride, the car Patrick is sitting in does all the motions of a regular roller coaster. But when his googles slip at times, he realizes that he is in fact in a very creepy warehouse.

In the end, Patrick reports that the ride didn’t live up to expectations, but that is was good enough and that the “XR” concept was a novel approach. However, a Korean tourists seated next to him said the ride was “very, very fun.”

Patrick also noted that “Universal Cool Japan” is a good effort to promote Japan’s pop culture, but they still have a long way to go. What good is it to promote Cool Japan within Japan only?