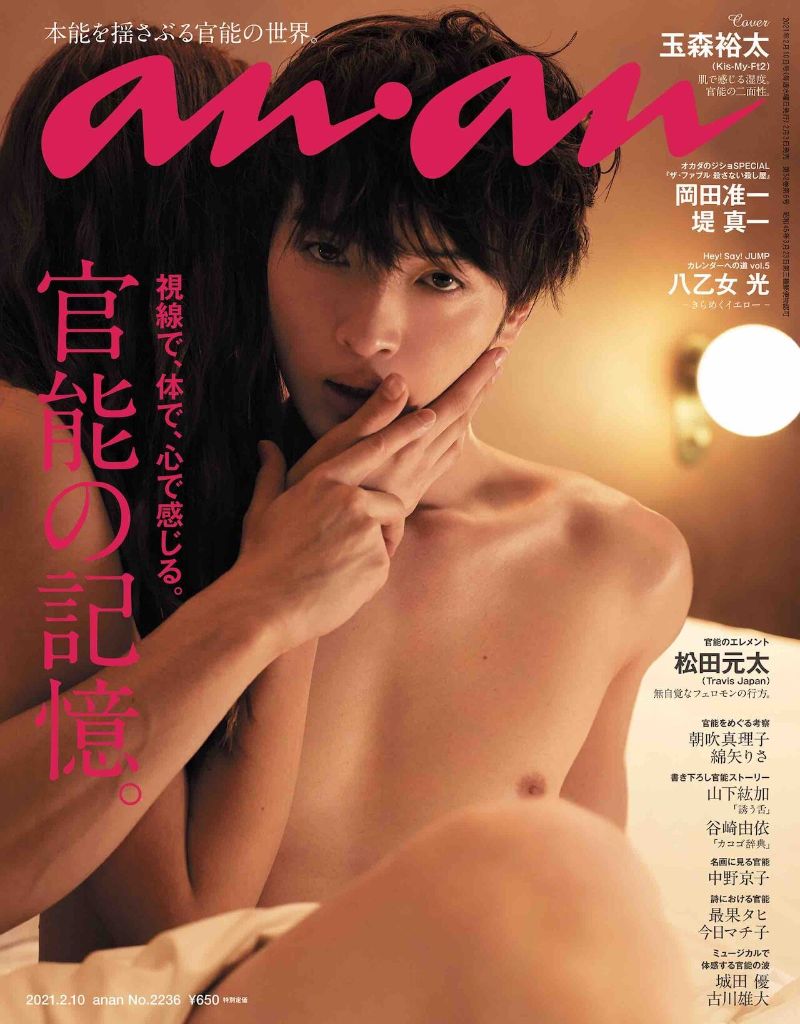 Yuta Tamamori of Kis-My-Ft2 is the coverboy for issue 2236 of anan, out February 3. In this issue, titled “Kanno no Kioku.” (“Sensuality’s Memory.”), Yuta shows off his well-trained body.

This is Yuta’s first time appearing nude in anan since he was the star of August 2015’s “Ai to SEX” issue. This issue differs from 2015’s in that Yuta’s aura is now more adult. “I want to make a more sensual gravure that exceeds the previous one. I can now show maturity as an adult man, a different approach than before,” an enthusiastic Yuta said of the shoot.

Yuta’s new gravure anan shoot has two themes, “sweet time” and “wild sensuality.” In the magazine, he is paired with a female model for the shoot, which includes kissing scenes, bed scenes, and shower scenes.

Also featured in the new issue of anan is a gravure shoot and interview from Travis Japan‘s Genta Matsuda, as well as interview with Shirota Yu and Furukawa Yuta on the sensuality of musicals.