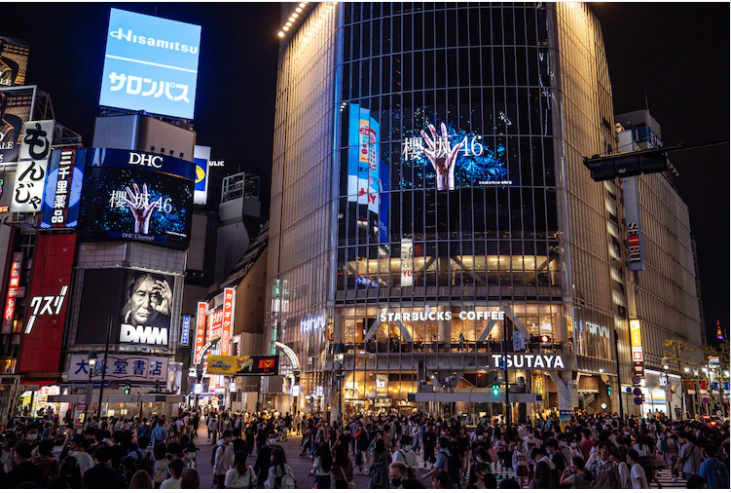 Keyakizaka46 will soon be no-more, in a surprise announcement it has been confirmed that the new groups name will be Sakurazaka46. Rumors of the group becoming Sakurazaka46 date back to July when it was initially announced that Keyakizaka46 would be having a “rebirth” after months of inactivity.

The surprise name announcement was made in front of the bustling Shibuya Station where a CM was broadcast on some of the most prominent advertising space. In the CM it makes the bold claim that they will surpass Keyakizaka46.

The group will debut with a live concert scheduled for October 14th. The groups captain Yuuka Sugai is very happy with the new name, as the name ties into the flower that represents all of Japan.

Suga further went on to say that she will forever cherish the memories and experience she had while in Keyakizaka46, but is excited for this challenge of being “Reborn” as a new group. Thanking fans for their support, she promised to do her best and make the flowers “bloom” with the fans.

What do you think of the new name?