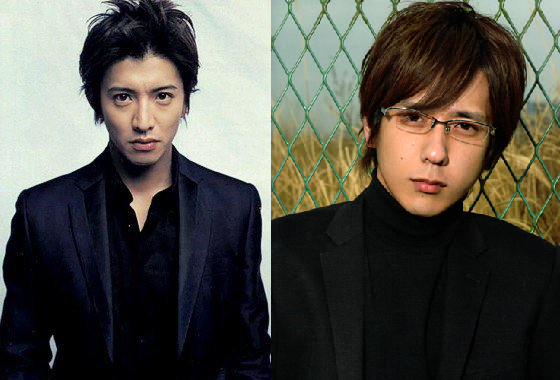 When it was announced that Takuya Kimura and Kazunari Ninomiya would be starring in a film together, both Johnny’s fans and the general public were reveling in the news. While waiting for the film to be released, it seems that fans of the two main stars have started to clash. The argument seems to center around which actor truly is the “main star” of the film.

An entertainment official revealed that Kimura and Nino have been getting along very well on the set, but while this is going on it seems that the “battle” between their two groups of fans are only getting more intense. Since the 90s and early 00s Kimura has established himself not only as one of the top actors in Johnny’s, but one of the top actors in the entertainment industry as a whole. Some of Kimura’s fans argue that why should the movie have two main stars when Kimura has a much more impressive acting resume.

Meanwhile, Nino fans countered back saying that early in his acting acting career Nino established himself as a Hollywood actor with the successful film “Letters from Iwo Jima” taking him to the next level, and has had continued success both critically and commercially. They argue it’s painfully obvious who should be the “leader” in this film. 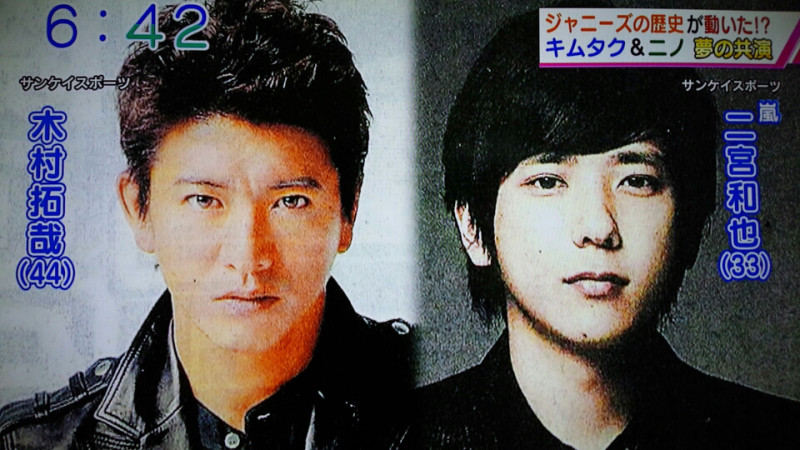 A TV reporter stated that a project like this happening a few years ago would have most likely been impossible. This is largely in part due to rumors surrounding Mary Kitagawa, the vice president of Johnny’s and the older sister of Johnny Kitagawa. For years tabloids have reported that Mary absolutely does not like SMAP, this leads back to 1996 when member Katsuyuki Mori decided to withdraw from the group. It’s been said she put pressure on media outlets to only use pictures of them as 5 members to create the impression that he never existed. When Kimura announced his pregnancy with Kudo Shizuka it’s alleged that Mary wanted him to give up the child.

In more recent years tabloids have reported on the feud between Mary and SMAP’s former manager Michi Iijima.  The two groups rarely interacted, and there’s no way that Mary would have allowed a SMAP and Arashi member to appear in a film or drama series together as full-time cast members. Now that SMAP disbanded however, that obviously isn’t an issue anymore.

Nevertheless, the TV reporter feels that once we actually get closer to the movie premier the fans will put their differences aside and begin to share excitement for this “historic” moment.  “Kensatsugawa no Zainin” is scheduled to complete filming in September, it will be released to theaters in 2018.