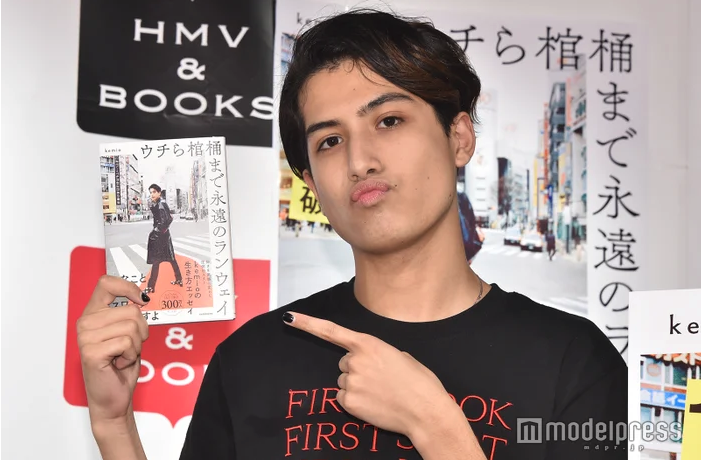 Content creator kemio is well on his way to becoming the next big thing. In April 2019 he released his very first book titled “Uchira Kanoke Made eien no Runway“. Since it’s release the book has been reprinted 4 times and has sold over 130k copies!

The book contains various essays kemio wrote, along with a plethora of photos showing off his style and fashion sense. Known for his wacky behavior and funny videos on YouTube, fans were surprised that some of the contents of his essays were actually quite deep. Besides his various musings his writings containing the journey of being a random Vine user to an actual celebrity, his childhood, hopes for the future, and talks regarding love.

kemio still can’t believe he has his own book, calling the whole thing “unbelievable”. His grandparents were a big inspiration in his writings, and was very excited when they got a chance to finally read it.

He also talked about how life has been since he officially came out. kemio was shocked at how positive the reaction was, much more than he expected. At times he’s wandered into the comment section on websites such as Yahoo!, where things can get quite “rough”, but that wasn’t really the case this time around. His favorite thing was receiving so many personal messages from people sharing their personal experiences/showing their support.

kemio is currently living in the U.S, and is focusing on continuing to improve his English skills. When asked about his unique belt kemio revealed that he forgot to pack a belt with him, and had no time to shop in Japan. Creative king!