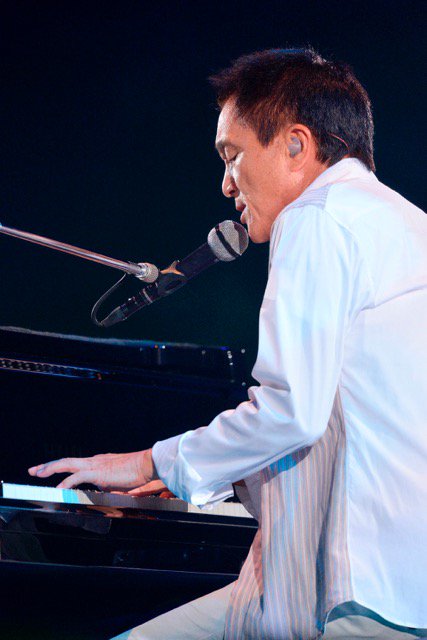 It was recently announced that well-known singer/songwriter Kazumasa Oda will be providing the newest theme song for popular morning show “Mezamashi TV”.  This marks the second time that Oda has worked with the program, following its use of “Kyou mo Dokoka de” as its theme in 2008.  This time, the show’s production committee was revealed to have specifically reached out to Oda, believing that a song written by him would be a perfect way to celebrate its 25th anniversary on the air.

The new theme song will be titled “Ai ni Iku” and has been described as a warm and uplifting track which will gradually encourage listeners to move towards happiness during their days.  The song will also be a centerpiece of Oda’s upcoming Arena Tour, wherein he intends to showcase a number of new songs before their official release.

The first chance to hear “Ai ni Iku”, however, will be on the April 2nd broadcast of “Mezamashi TV”, so please look forward to that date.