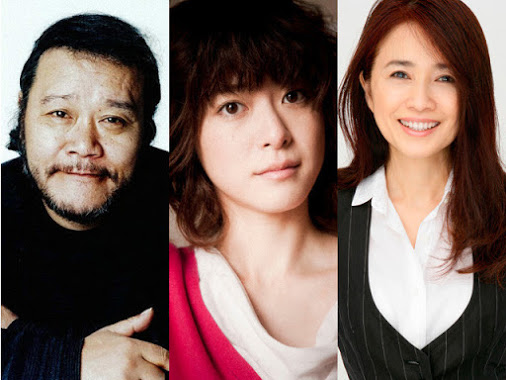 SMAP’s Katori Shingo will be starring in TBS upcoming drama “Kazoku no Katachi” (A Family’s Form) starting January next year. He plays the role of Nagasato Daisuke, a 39 year old man who can’t get married. Katori referred to himself as the same as his character and says he has lots of examples around him to help in playing the role such as the other SMAP members Nakai Masahiro, Kusanagi Tsuyoshi and Inagaki Goro, who are men who cannot get married for different reasons, so he wants too take elements from each to integrate into his role.

Daisuke’s peaceful life gets disturbed when his father Yozo, played by Nishida Toshiyuki, suddenly came to visit him. His father tells him that he remarried in secret but the woman left her son on Yozo. He moves in with his stepson to live with Daisuke, who finds his single lifestyle disrupted. The heroine will be played by Ueno Juri. She will play the character Kumagai Hanako, a 32 year old office worker who works in a major trading company, and have experienced divorce in her early 20s. She lives in the same apartment as Daisuke, and shares similar characteristics with Daisuke that leaves them to be at odds with each other. This is the first time Ueno and Katori will be starring together.

In addition, Fubuki Jun will play Ritsuko, the mother of Hanako. The drama will be airing on TBS’s Sunday, 9pm timeslot. This is the first time for Katori to star in the same timeframe after 3 years since “MONSTERS”.

Ueno has cut her hair in preparation for the role, as seen below. 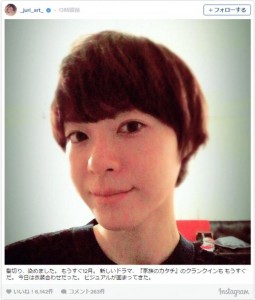