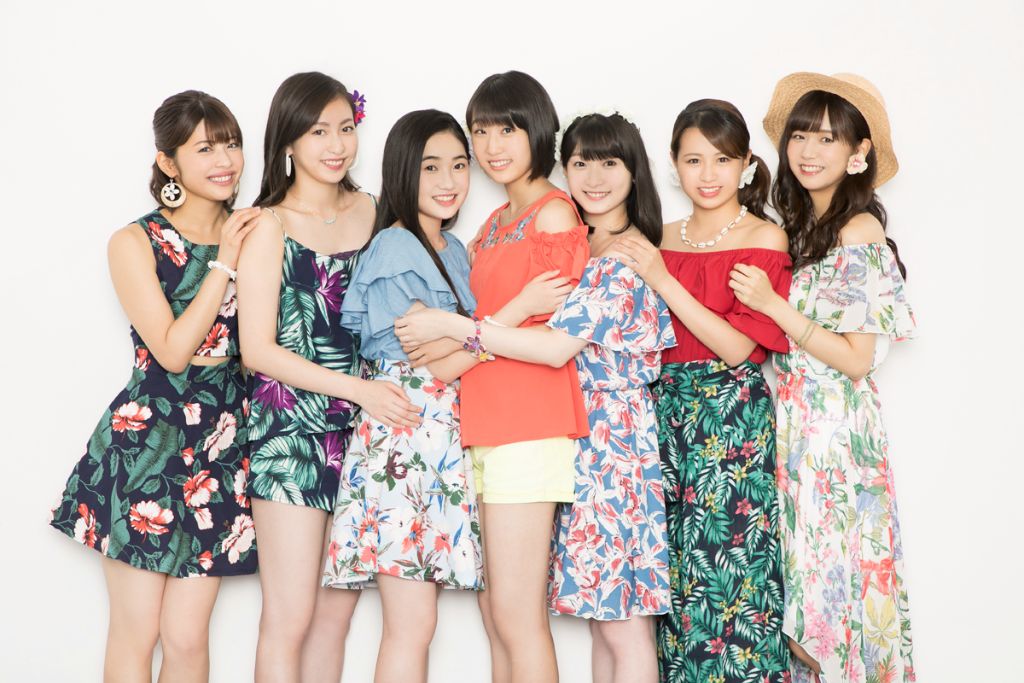 Hello!Project group Juice=Juice has revealed four more dates in South America for their current “JUICE=JUICE LIVE AROUND 2017” tour. Yesterday on October 10th, the girls successfully completed a concert at Zepp Tokyo in celebration of “Juice=Juice Day”. During an MC segment the girls expressed their thoughts and excitement regarding their intentional tour.

Leader Yuka Miyazaki “We started the ‘JUICE=JUICE LIVE AROUND 2017’ tour from Mexico City on September 8th. This is the first tour with all 7 members. We were nervous about the tour.”, Sayuki Tagaki followed with “We learned how to talk in different languages from many countries. We learned many things from all the countries we’ve toured in.”

Sub-leader Tomoko Kanazawa shared that she was deeply touched with how passionate the Mexican fans were. One hour before the show they were loudly cheering, and enthusiastically sang along to “Fiesta! Fiesta!” in Spanish.

Fans were also in for a big treat by being able to see Karin Miyamoto, who previously was on hiatus due to functional dysphonia. Akari Uemura closed by saying “We did a hand shake session at each show. I was very surprised that many overseas fans said that they will even coming to see us at the Budokan show in November.”

The additional dates for the tour start in December and will take place in Peru, Chile, and Brazil. Ticket information will be announced shortly on the official Juice=Juice website, as-well-as Up-front’s Facebook account. In celebration of the tour a short ver. MV for the girls’ digital single Fiesta! Fiesta! has been uploaded, alongside a new MV version for their 9th single Ca Va? Ca Va? filmed in Paris, France.

Watch them both below!