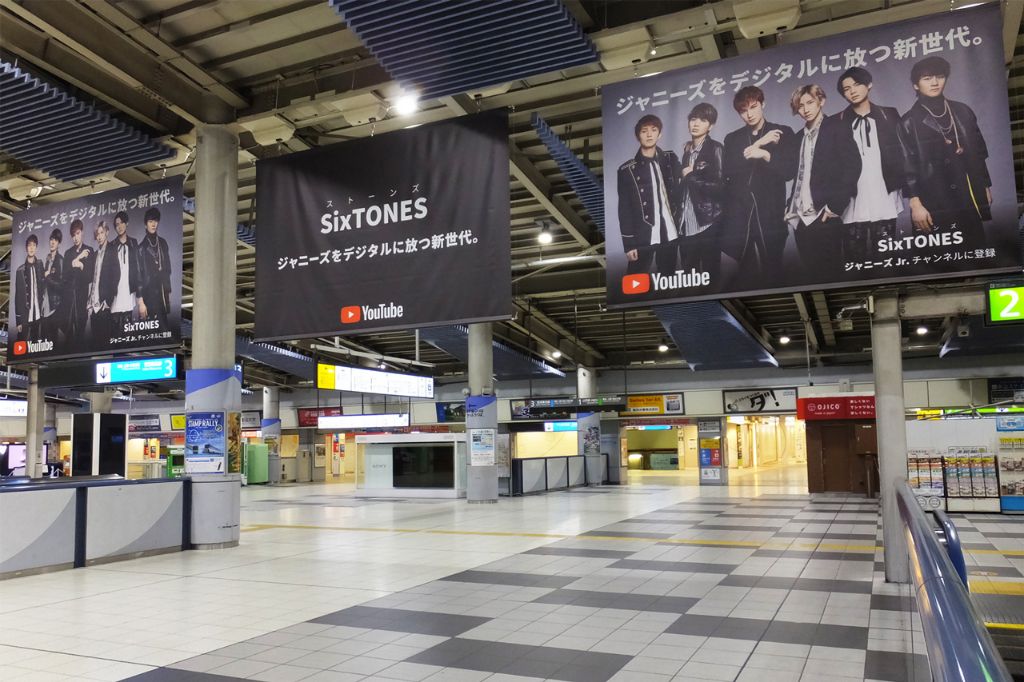 SixTONES and Johnnys fans went on a frenzy Monday morning upon the deployment of huge visual posters of the group at Shinagawa station. Arguably the most popular Johnnys Jr group currently, the 6 -member SixTONES (pronounced as Stones) was selected to be part of the “YouTube Artist Promotion”, a campaign launched worldwide by the video sharing site.

On October 29 until November 4, huge poster visuals of SixTONES along with the catch phrase “Johnnys digital new era” will be up at Shinagawa station. Later on, solo cuts and other variations will be displayed in Tokyo successively. On November 5, a Music Video  created for this campaign will be posted on YouTube’s “Johnny’s Jr. Channel”.

Johnny’s Jr. Channel was opened in March this year. Five groups are in charge of each day of the week, and content distribution is done at 8 pm every week. SixTONES is in charge every Friday and has since released content such as live footage from their concerts, recording video, talk and other formats.

The Johnny’s Jr. Channel has now updated its header with SixTONES campaign visual and has also included a playlist of their most watched videos. Check out some of their released videos below.