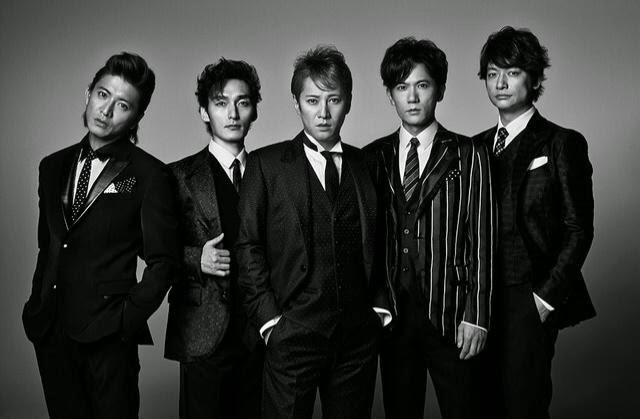 SMAP will not disband, according to Johnny Kitagawa (age 84), President of Johnny’s Entertainment. After the huge uproar earlier this year, rumours of disbandment began surfacing once again as Shukan Bunshun reported about their September crisis in their latest issue this May. In Johnny’s own words, the rumours of disbandment were shut down.

“There’s no possibility of disbandment. There’s no reason (for the members) to leave!”

It’s been about 3 and a half months since the initial news surfaced. Only now has the president spoken out on the issue. “Disbanding isn’t a joke. It’s impossible. There’s no reason for anyone to leave (the agency).” A reporter, who was conducting a meeting about a different talent, asked the president the million dollar question. Although the president had always responded in a collected tone, he became more assertive when asked about SMAP.

On January 13, plans of going independent emerged. The plans were apparently led by female manager I-san. The group  members involved included Masahiro Nakai, Goro Inagaki, Tsuyoshi Kusanagi, and Katori Shingo. Those rumours went down the drain when SMAP made an announcement was made on their show SMAP x SMAP.

Many remember Kimura‘s apology during the broadcast of SMAP x SMAP. He stated, “We will move forward for whatever’s waiting ahead of us”. However specific words like “continuation” or “dissolution” were not spoken. Then another uproar surrounding the contracts expiring in September, surfaced once again. In fact, in the April 27th issue, there was content such as “Fan club newsletter not sent out for more than half a year” and “Katori makes suicide remarks”. This time around, Johnny dismissed these reports.

The members were brought up by Mary Kitagawa, (age 89) who has been with them since their elementary and middle school days and by Johnny, who thought up their group name. “They’re like my children. They too, view me (Johnny) as their parent. There’s definitely no way that they would do something without consulting with me. They may have faith in me but above all, I have faith in them as well.” This was said with clear assertion.

It was revealed that during this time, he became ill and was hospitalized but before the apology broadcast, met with the members and told them to do their best.

I-san who was in charge of the five up until now, has left the reins to Julie Keiko Fujishima, (age 49), Vice President. As of now, there are no plans for any CD releases or tours. Johnny commented on the matter, “We’re going to go all out. There’s no meaning in retreating and wasting away.”

It should be noted that SMAP’s “Sekai ni Hitotsu Dake no Hana” is ranking 7th on the Orion Charts as of May 5th, 2016.