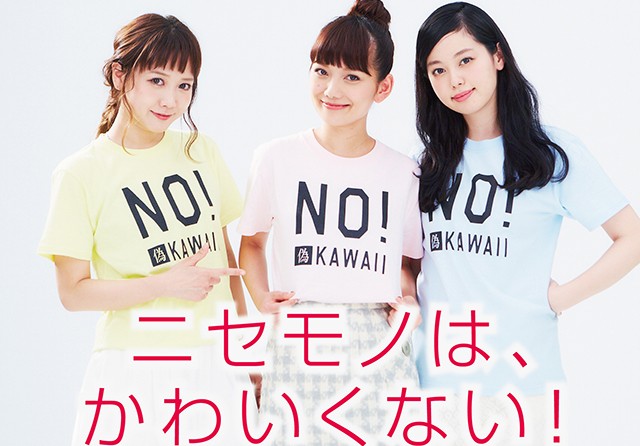 The Japan Patent Office has launched a brand new campaign in an attempt to battle the on-going issue of piracy. Hoping to appeal to the younger crowd the patent office hired Harajuku-kei models Rina Tanaka, Shiko Takechi, and Fumiko Aoyagi to be PR ambassadors for the campaign.

Three short videos are available to view on youtube and the campaign’s official website. It features the models throwing away  various fake items, proclaiming that they aren’t “kawaii”. Through this campaign the models hope to bring awareness to the piracy problem inflicting not only the fashion industry, but entertainment industry as well.

Japan has been getting much more serious with their anti-piracy policies as of late. Back in October we previously reported  on a man who was arrested for uploading various television shows onto video streaming websites.

Each model’s video for the campaign can be seen below.