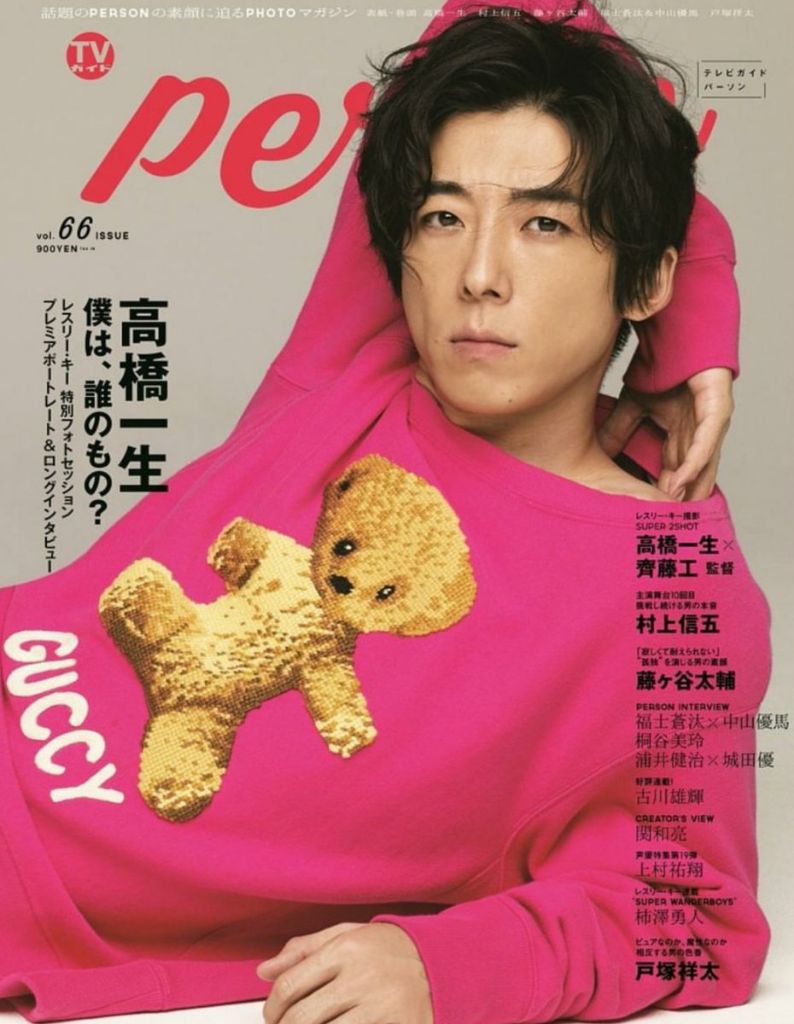 Takahasi teamed up with famed Singaporean photographer Leslie Kee for the cover. Described as a “two shot gravure”, Takahashi’s shots appear on both the front and back of the mook. The idea behind the shoot was having Takahasi himself as a valentines gift.

In the back cover he’s wearing a grey suit surrounded by ribbons and pink wrapping paper, almost like if he was inside a present. The front of the mook is a slightly suggestive photo of him wearing a bright pink GUCCI sweatshirt, with a tongue-in-cheek misspelling purposely implemented by the designer.

Takahasi does an in-depth interview in the mook where he gets a little deep, talking about why he wants to exist and who he wants to exist for, also commenting that “I feel like a big turning point is coming soon“. He also talks about his film Blank 13, which made it’s debut at the Singapore International Film Festival.