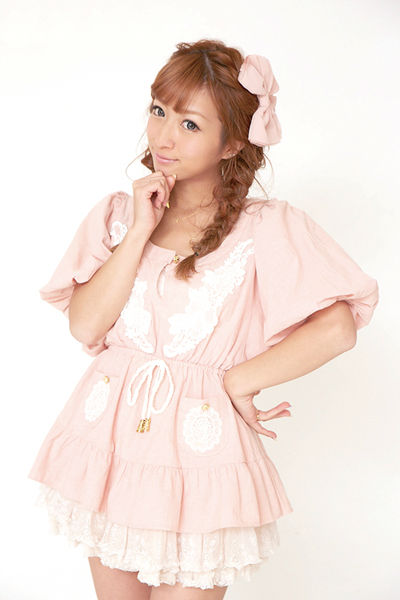 It recently been revealed that former Morning Musume member, Nozomi Tsuji (27), has been suspected of abusing her children.

Tsuji revealed on the television show, “Kaiketsu! Nainai Answer”, that employees of a child service center in her neighborhood came to her house when they heard that her eldest son (Seia, 3) couldn’t sleep and her younger son (Sora, 1) would cry all night. According to Tsuji, the employees asked her to strip her children so that they could check for any bruises (due to abuse) on their bodies.

Of course, Tsuji said this was just a misunderstanding. However, netizens are doubting this.

In addition, Tsuji’s husband Taiyo Sugiura (33) denied the child abuse allegations during an interview on the 4th. “This was a story that actually happened two or three years ago [before our second son was born]. The employee from child services came to our door and told us to show us our kids. It made me very angry so I told them to get out.”

When the child service employees realized there were no signs of child abuse, they apologized and left. Sugiura added, “It felt frustrating they thought it was us when there are other children in need.”

Just when you think the child abuse case is closed, it came up again in the recent issue of “Josei Seven”. Resident of Tsuji and Sugiura’s neighborhood commented, “It can’t be helped if you’re are reported for child abuse [whether you’re innocent or not].”

There were other comments such as, “The children are extremely noisy. They wouldn’t cry at night, but all day.” and, “I didn’t file a report, but it’s obvious that they would get reported eventually.”

Another person revealed he/she tried to tell the parents off, but they ignored him/her.

Here’s a snippet of the magazine article: “The Tsuji/Sugiura household lives in a quiet, humble area of Tokyo. The children always wear famous brands and go out shopping with their parents on bikes, so the family stands out badly in the town. The complaints about the children’s never-ending crying has been happening for a while, and the harsh comments other residents have to say really shows how much they dislike the Tsuji/Sugiura family. We don’t know if this bad publicity is related to the child abuse report, so it’s still hard to know whether the stories of abuse are true or not. According to a comment from an employee of the child and family support center, they did admit they entered Tsuji’s household to investigate. However, the employee said, ‘First of all, we do not take of the children’s clothes during the investigation.’ Therefore, the comment Tsuji made was most likely a dramatization…and possibly even false overall.”

Not only is Tsuji receiving criticism from the Internet, but so is Sugiura. Netizens’ comments included, “He’s creating a scene by telling them to leave with those egocentric remarks. I know it’s obvious he would be angry, but this is important in order to reduce the problems of child abuse.”

“I even get mean comments on my blog if I just upload a picture of a bento!” Tsuji added during the show she was on. So assuming if there was abuse, Tsuji really needs to prove herself innocent before her positive image as a “mommy celebrity” collapses.