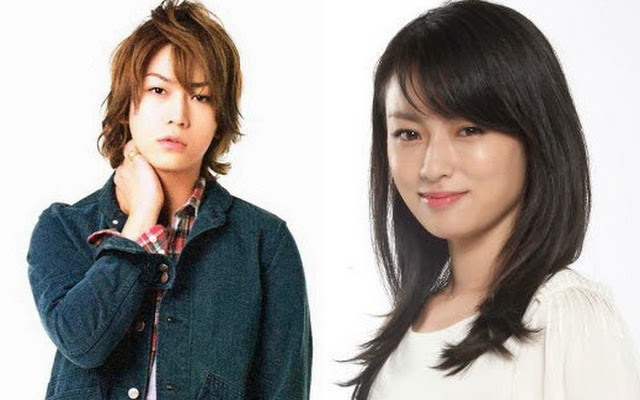 News of a relationship to close out 2014 with a bang has been discovered. KAT-TUN’s Kamenashi Kazuya (28) and Fukada Kyouko (32) have started a relationship with their eyes set on marriage. Kamenashi and Fukada became close while playing lovers in the movie “Joker Game,” which is set to be released next year on January 31.

During October of this year, they were together for about 2 weeks at an overseas shooting location. The catalyst was the kiss scene that would become legendary in the industry. They practiced the kiss close to ten times and the final reveal was a deep kiss that seem to stretch on forever. There is no mistake that the kiss scene caused the two to realize their feelings for each other. (Person involved with the film)

Nonetheless, they are both very popular stars who engage in a large number of projects. In the majority of such cases, the relationship ends once the two realize their feelings for each other. But it was during the shooting of the Friday “evening melo” drama by Tere Asa, “Second Love” in which Kamenashi and Fukada played characters that were romantically involved with each other that their interest in each other grew deeper.

“In that drama, Kamenashi played a dancer with rare talent who spent his days languishing with anxiety because he couldn’t catch a break. On the other hand, Fukada played a female teacher in despair because of her affair with a co-worker and her relationships with her students. The two become attracted to each other and fall into a destructive love. The script was written by Ooishi Shizuka of “Second Virgin” fame. Looking at the situation, there is no reason for the two to not fall in love. The pair’s scenes have the feeling of being so fun that it can’t be helped. (Person involved with the drama)

However, the ones who cast doubt on their relationship were entertainment pro executives.

In the industry, their status is different. For one drama, Fukada gets a minimum of 15,000,000 yen. Because Kamenashi gets 4,000,000 yen for one drama and his fee is quite cheap, the joke that he is “Kanenashi” [lit. “no money”] instead of Kamenashi is thrown around. (Informed source)

One wonders if they will reach marriage.