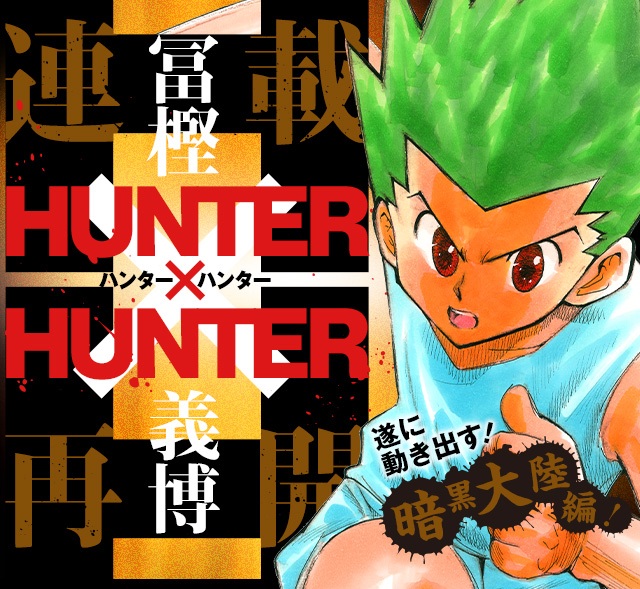 It was recently announced in the Shonen Jump+ website that Yoshihiro Togashi will resume the serialization of his wildly popular shonen manga, Hunter x Hunter. More details of the comeback will be announced in the 16th issue of this year’s Weekly Shonen Jump. Previously, the manga was put on hold since August 2014 due to a lower-back pain sustained by Togashi.

Hunter x Hunter was well-known for its streaks of hiatuses, to the extent that someone put together a website to track them. As seen at the site, the longest hiatus for the series lasts 79 consecutive issues while the longest publication only lasts 30 consecutive issues. That’s a lot of hiatus. The manga currently sits on the Dark Continent Expedition arc and will resume at the same point.

Also, in another Togashi-related news, Funimation now offers the first 28 episodes of his 90s classic spirit detective anime, Yu Yu Hakusho, for free. Originally penned for Weekly Shonen Jump from 1990 to 1994, Yu Yu Hakusho was adapted into a 112-episode long anime that ran from 1992 to 1994. As for the rest of the series, Funimation will make them available gradually, 28 episodes/week.