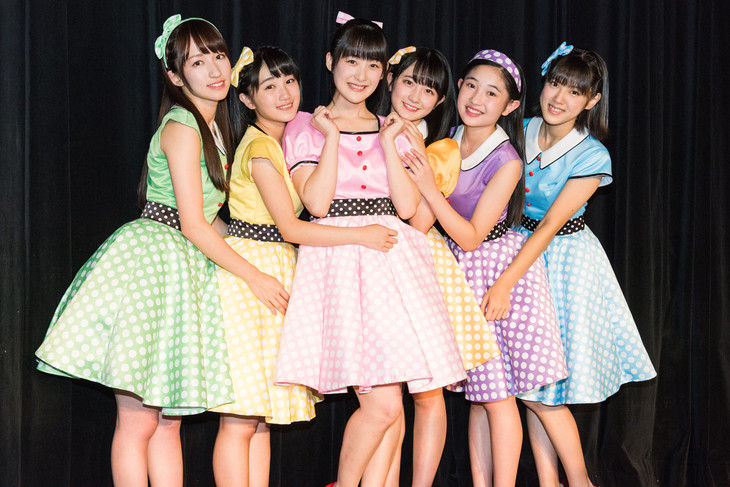 With the upcoming graduation of Country Girls and former Berryz Koubou member Tsugunaga Momoko on June 30th, it has been announced today that Country Girls will be implementing a new system.

In order for members Yamaki Risa and Ozeki Mai to focus on their studies, the remaining three members, Morito Chisaki, Yanagawa Nanami and Funaki Musubu, will be “transferred” to other Hello!Project groups. As of yet, these placements have not been announced.

It was also mentioned that Country Girls will regroup during school breaks and holidays with all five members, but their future releases may only be released digitally.

Despite the group’s short tenure, forming in November of 2014 and officially debuting in March of 2015, the group has had many lineup changes. In June of 2015, two months after their debut, the group’s center Shimamura Uta left the group after contract disputes. In November of 2015, UFA added two members from Hello!Project’s trainee program, Yanagawa Nanami and Funaki Musubu, into the group. In April of 2016, member Inaba Manaka went on a health hiatus, graduating four months later in August.

The five members will perform in the 2017 Hello!Project summer tour which fans expect will be their final tour before the changes are implemented.

Also important to note is that in May, it was announced that 3 members of Hello!Project’s trainee program will be debuting as Hello!Project members and their group placements have not been decided yet either.

Tsugunaga, who will be graduating from Country Girls and Hello!Project in 3 weeks, asks fans to look forward to the future of Country Girls.