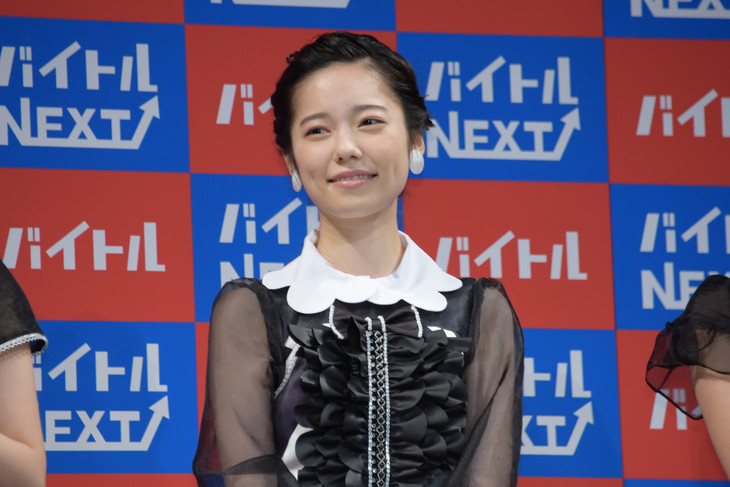 After weeks of speculation following her announcement as center for next single, AKB48 Haruka Shimazaki has confirmed her graduation from the group at the end of 2016.

On October 3rd, the announcement was made during a press conference for the upcoming CM of Baitoru NEXT, Japan’s largest portal for finding part-time work, which features Shimazaki’s “graduation from part-time job”.

At the press conference, she announced her graduation during the talk session. After her graduation, she aspires to pursue a career as an actress, as well as voice acting for Studio Ghibli films.

AKB48 will release their new currently untitled single on November 16, of which Shimazaki will serve as the center.

The single announcement was made on September 16 during AKB48’s live event AKB48 Group Douji Kaisai Concert in Yokohama ~Kotoshi wa Rank-in Dekimashita Shukugakai~ at Yokohama Arena. Shimazaki Haruka commented: “I heard it’s a ‘high spirited song,’ so I’ll try my best to not make it ‘low spirited.’ Please cheer me on.“

Her final hand shake event will be held at Makuhari Messe on December 24th, 2016 followed by her graduation concert on December 26th.

Haruka Shimazaki has been participating in AKB48 since September 2009.