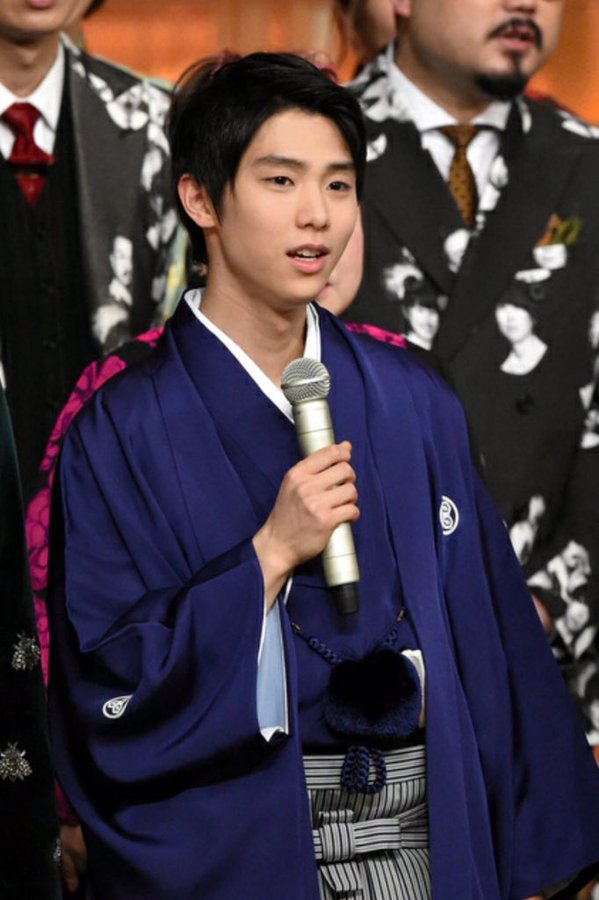 Today, Yuzuru Hanyu called a report that he is currently in a relationship “nothing.” The question came during a press conference in Morioka, Iwate Prefecture, where he and other figure skaters are preparing for an ice show that will take place tomorrow to raise funds for relief efforts related to The Great East Japan Earthquake.

A report published earlier this week claimed that Yuzuru is currently dating a former classmate, “A.” They met while in high school in 2010. They had several classes together and worked out together, since they were both athletes. “A” is described as a cute, lively girl, around 160 centimeters tall, who resembles Ikimonogakari’s Yoshioka Kiyoe. The rumored couple reconnected last spring, and there was supposedly talk of marriage this past summer.

At the press conference, Yuzuru wondered why this report was even a thing to begin with. It’s “truly nothing”, he said, surprised by the rumor. He continued that the rumor was in part due to his former high school classmates making things up. He then apologized to his fans for any distress this gossip may have caused.

In a related bit, a child at a local school he visited in the area asked who he was marrying. Yuzuru replied that he’s got getting married yet.