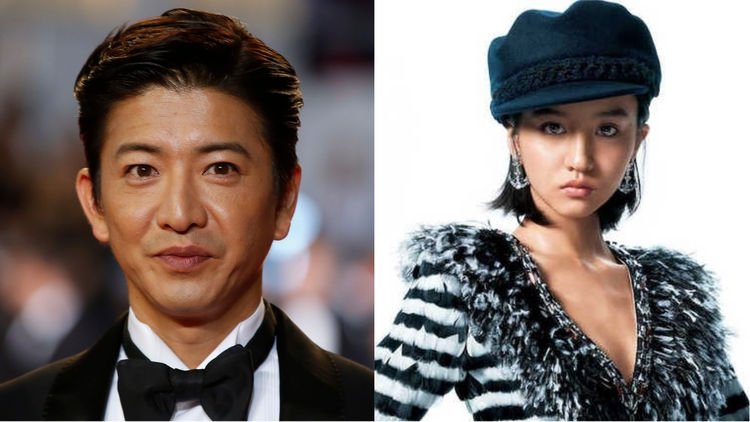 Arama! Japan has previously reported on some of Koki’s dubious activities. Readers wondered what her father, Takuya Kimura, thought of her much debated photoshoot for Elle Japan magazine. Shukan Bunshun has revealed what his thoughts are.

While social media was afire over the Elle Japan photo shoot and Koki’s family’s support of it, apparently Takuya himself privately had major concerns. While Koki’s mother, Shizuka Kudo, was publicly supporting the photoshoot, which their other daughter, Cocomi, shot, in private Takuya seemed disturbed, only responding curtly when spoken to about the magazine incident.

“Obviously he knew that they were going to do something like this, but when faced with the actual photos himself he seemed taken aback by what he saw. Even when congratulated about the photos he would only respond curtly with statements like “thanks” and in an unusually displeased manner. Takuya isn’t even that enthusiastic about his daughter’s entertainment pursuits – he’s of the mindset that if she really wants to, he really can’t stand in her way.” (TV entertainment industry insider)

And apparently, there’s a reason for this.

“Shizuka Kudo, who is supporting the entire family behind the scenes, is strongly pushing the family as a ‘set’, and encouraging as many family photos on both the father and daughters’ Instagrams. Indeed even the accounts themselves were started with Johnny’s approval only after Shizuka talked to them. This has put Takuya in a state where he can do nothing but support the mother-daughter strategy.” (Another insider within the entertainment industry)

In fact it almost seems like Takuya is desperate to do anything. Despite cranking up his schedule, he is in a die-hard “can do” mode, and his attitude, which was notoriously moody and difficult to work with during his time in SMAP, has now changed to a ‘will do anything’ and easy to work with character. Is this the influence of his daughter entering the industry?