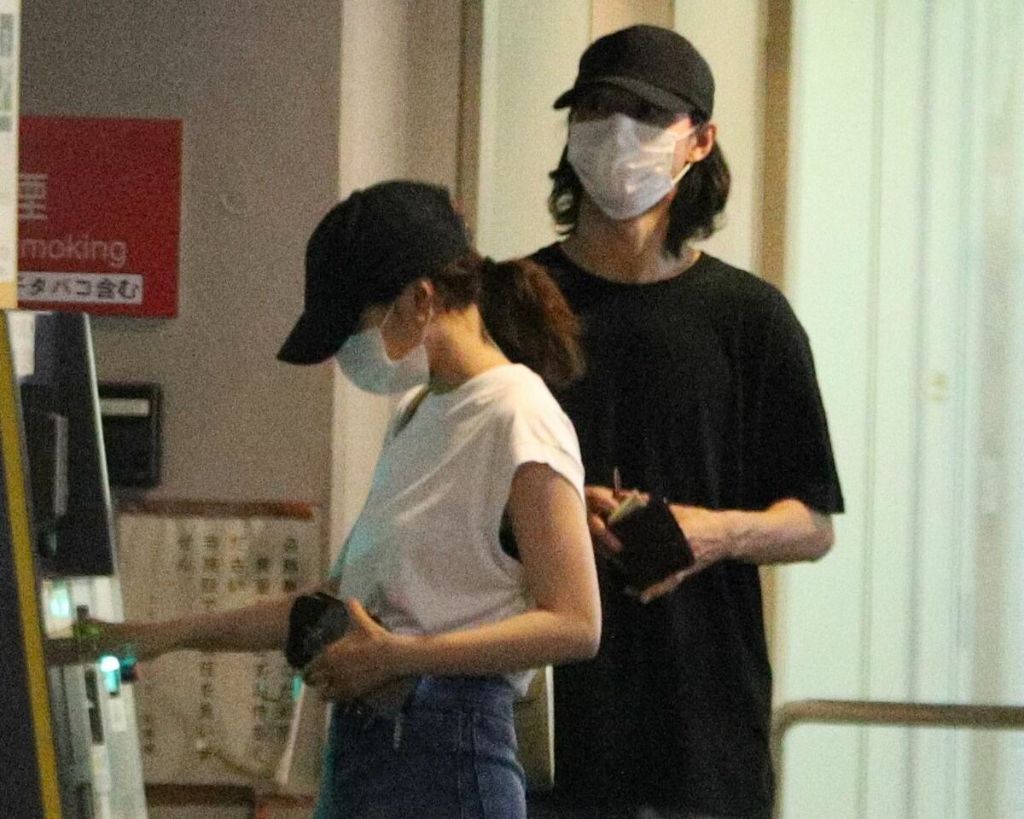 Shukan Bunshun has revealed that Suzu Hirose and Kento Yamazaki are dating! The tabloid spotted Suzu returning home from work on June 18 around 10:30 PM, minutes before her 24th birthday. Kento was seen waiting for her to arrive.

Around 11:20 PM, the two left Suzu’s condo separately, and headed for a parking lot, where they got into a luxury card together, with Kento at the wheel.

According to an entertainment industry official, Suzu recently moved into her current condo and has still yet to fully unpack. Her inviting of Kento over to her still unfinished home shows their level of closeness.

The couple starred together in the live action version of “Shigatsu wa Kimi no Uso” in 2016. The entertainment industry official continues, saying that the two were friendly during filming and it was rumored that they were dating, a common rumor when a man and woman are filming together. When filming finished, it was reported that the two were both dating other people.

Going back to June 19, Suzu and Kento were seen leaving her home around 2 PM that day. They were joined by a middle aged woman and a young man. The four got into a luxury car driven by Suzu. They headed for Tokyo Dome to watch the kickboxing match “Yogibo presents THE MATCH 2022 Tenshin VS Takeru.” Kento gets out the car separately, while Suzu leaves the car later with the other two people, going to buy event goods.

According to an event official, the four reunite in one of Tokyo Dome’s private boxes to watch the fight, in an attempt to stay out of the public eye.

After leaving the fight, the couple walked to the parking lot together, not worrying about being seen together, perhaps due to the excitement from the fight. He puts his arm around her, and she accepts it.

Suzu gets in the car first, with Kento getting in later. They then go and pick up the two people they came with. They return to Suzu’s home, and the two other people leave soon after in a taxi.

The next morning, Suzu is picked up at 7 AM by her management for work. Kento leaves her home an hour later, then returns to his home. He is later picked up by his management to go to work as well.

Is this relationship officially recognized by their management companies? Kento is often dropped off at Suzu’s condo by his management. It’s rare that he goes to his own home, meaning that the two are essentially living together in her condo.

When asked, both Suzu and Kento’s management teams said that they leave their private lives to themselves.