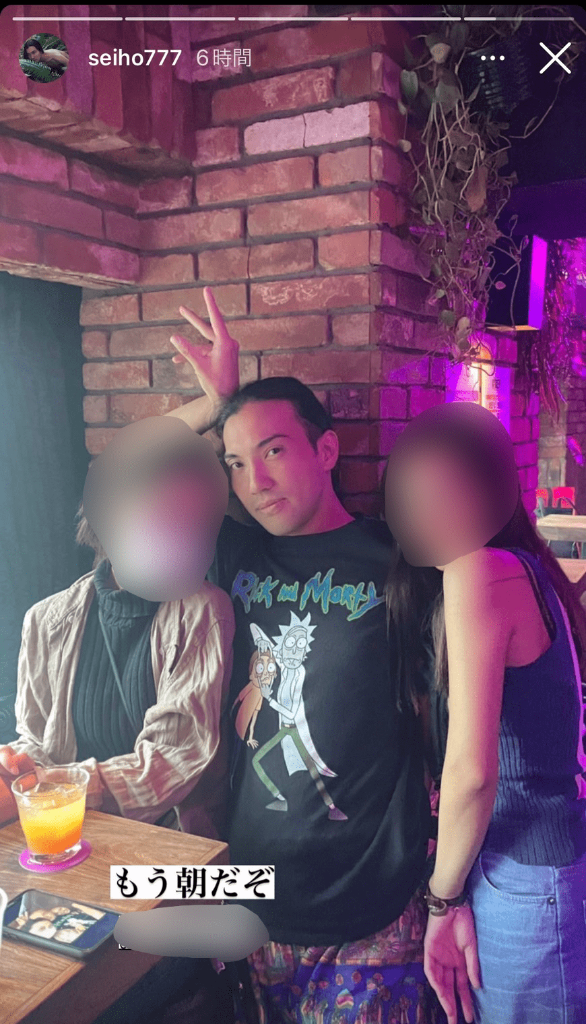 Shukan Bunshun is now reporting that the Olympic curse lives on into this year. Last month, a musician in her 30s, who has been working with Seiho since she was in her 20s, pressed charges against him. The Tokyo Metropolitan Police Department’s Shibuya station is now investigating a violation of the nuisance prevention ordinance, which is equivalent to molestation.

It all started on May 14, at the after party for one of Seiho’s performances. The woman, A-san, went to the party at a DJ bar in Shibuya with an acquaintance. She recounts that when she entered the bar, a man, T, who works for a record company approached her while drunk. T is also known as the DJ Analski, and is an acquaintance of hers. Suddenly, he grabbed both of her breasts from behind with both hands.

She then complained to Seiho, the party’s organizer, about what had just happened to her. He then asked, “Touched your chest, like this?”, and then touched her left breast with his right hand. A-san reacted by saying she couldn’t believe what Seiho was doing, to which he said he would get her a drink to make up for it. He then gave her a drink ticket and left the bar.

Five days later, A-san received messages from T and Seiho. T admitted what he did and apologized for his actions. Seiho was another story. He went from “I didn’t do that!” to “I don’t remember doing that!” to “I paid for it so let me touch it!”

Seiho’s words angered A-san, since she saw no regret on his part. This led to her filing the charge against him last month. The police then started their investigation against Seiho and T.

On July 29, Seiho was asked again by A-san if he touched her breasts. He said he didn’t remember it at all, but he did remember being told by her that T touched her breasts, and that she then asked him to buy her a drink to make up for T touching her. Seiho also said the most he did as far as touching her was hug her. She also told him that she had pressed charges and that an investigation had started. She asked Seiho if he had been contacted by the police, to which he replied he hopes she can come see him when she has time.

A-san wants to raise her voice as a victim to let people know that sexual assault has also happened in the music industry at the hands of a famous producer. She hopes that there will be no more victims like her. She also wants people to think if their co-workers are really the people the appear to be.