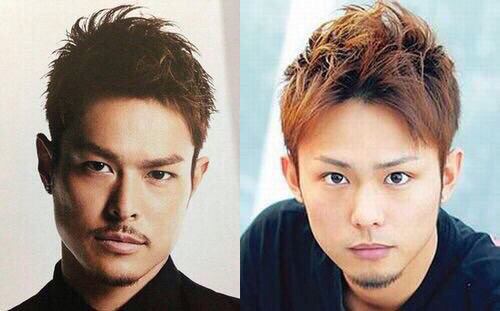 Sandaime J Soul Brothers are on top of the Japanese music industry right now. They have the biggest selling album of the year so far. They also won the Japan Record Award in December for their massive hit “R.Y.U.S.E.I.” But fans have noticed something about a family member of one of the group’s members.

Imaichi Ryuji is one of the group’s 2 vocalists. For the past few months, fans have been abuzz about the work of his older brother, Naoyuki. He is an actor. He made his acting debut in 2005. In 2006, he appeared in the NHK drama “Komyo ga Tsuji”,  the TBS drama “Gachi Baka!“, and the Fuji TV drama “Nodame Cantabile.” Sandaime J Soul Brothers’ fans even found a clip of Naoyuki playing the role of Tsuboi Ryuji in “Nodame Cantabile.”

ANOTHER VERSION 39 “ALL TOP MODELS”

After an investigation into the contents of these films, Shunsuke can be confirmed as an all-around performer. He gives and receives, both orally and anally. He performs in solo, duo, and group scenes.

So is Imaichi Naoyuki Mizushima Shunsuke?