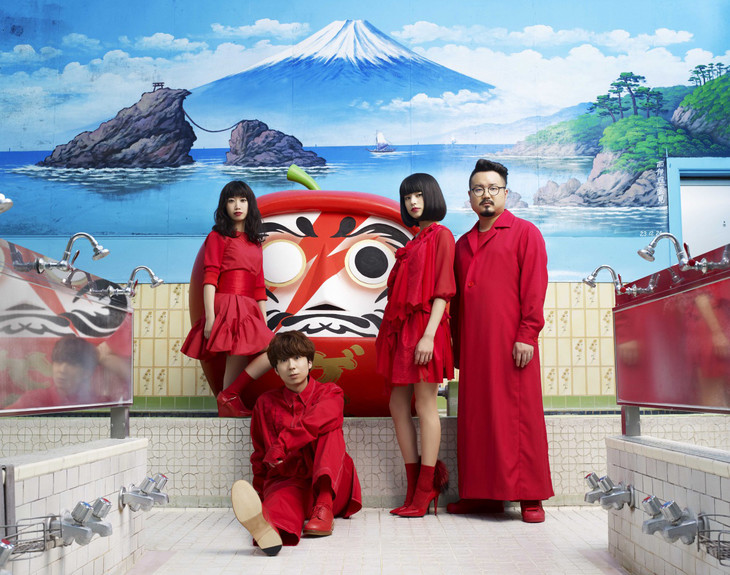 What a difference a year makes! Exactly a year ago today, Gesu no Kiwami Otome. was flying high, about to make their debut on Kohaku Uta Gassen after a whirlwind year. Things changed though due to frontman Kawatani Enon’s inability to keep it in his pants. First, there was the fallout from his affair with Becky, a story which dominated the first half of the year. Gesu no Kiwami Otome. went on a brief hiatus and Becky’s career was left in shambles.

Enon doesn’t learn from his mistakes, resulting in another scandal in the second half of the year, again involving his love life. He was caught drinking with his underage girlfriend Honoka Rin. This resulted in not only Rin’s career taking a hit, but Gesu no Kiwami Otome. going on an even longer hiatus. And this one was a bigger deal because it included the temporary shelving of the band’s new album, “Daruma Ringo.”

But has Gesu no Kiwami Otome. been permanently shelved?

According to Nikkan Sports, that may very well be the case. It appears that the band’s management company, Space Shower Music, has decided not to renew the band’s contract, which expires soon. With all the crap that Enon and his penis has gotten them into, it’s totally understandable. It is interesting to note though that Enon’s other band, indigo la End, wasn’t mentioned in the Nikkan Sports article. Maybe they’ve gone unscathed or maybe they’re just not relevant enough compared to Gesu no Kiwami Otome. to mention?