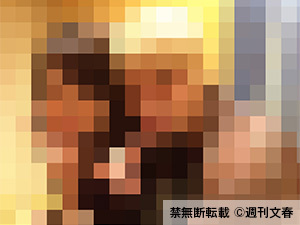 A photo of AKB48’s Kashiwagi Yuki who ranked 2nd on the recently held AKB48 general election, in an embrace with NEWS Tegoshi Yuya, was published by Shukan Bunshun.

It is quite clear with the photos that the two have an intimate relationship. The man in yukata embraces Kashiwagi, and the two faces the camera holding a peace sign. According Shukan Bunshun, the photo was taken from fall of 2013 to early 2014.

“The place is in a luxury hotel inn in Hakone, which a lot celebrities also visit. The two are still friendly and talk over LINE.”, according to an acquaintance of Kashiwagi.

No replies from their agencies were obtained.

According to the AKB48 official blog, Kashiwagi Yuki will not be participating in the upcoming Miyagi handshake event (June 14), claiming that her name was there due to “misprint”.