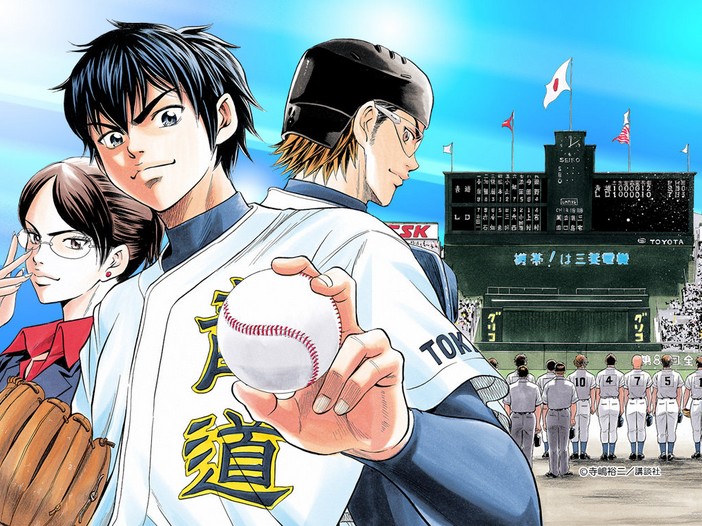 Popular Japanese rock band GLAY have announced that their newest song ‘Hashire! Mirai’ is going to be picked up as the opening theme for baseball anime ‘Daiya no A’ (‘Ace of Diamond’). This will be the first time that GLAY has provided the theme for any anime in over 15 years, since their song ‘Survival’ was used as the opening for ‘Kaikan Phrase’.

GLAY’s vocalist Teru has described ‘Hashire! Mirai’ as an upbeat rock tune intended to get one’s blood pumping and expressed great excitement at being able to provide a series that he enjoys with a song that he’s written.

‘Hashire! Mirai’ is to be released on October 15th as part of a Double A-side single titled ‘Hyakka Ryouran / Hashire! Mirai’.  The other A-side, ‘Hyakka Ryouran’, has been described as a heavier rock track with lyrics that are intended to critique aspects of modern society in Japan.  In addition, GLAY will hold a live at Zepp Tokyo on September 16th as part of the promotion for this new single.

‘Hashire! Mirai’ will begin being used as ‘Daiya no A’s’ opening in October, but you can check out the full track list for the single below the cut right now.  Of note, the single contains a trailer for the band’s upcoming album “MUSIC LIFE’, due out sometime this November.