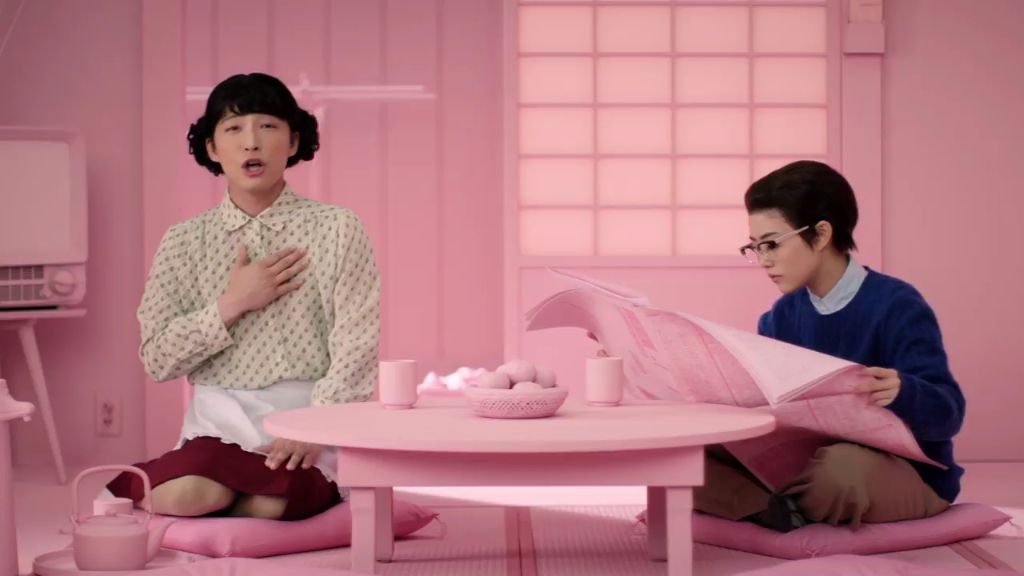 A trailer for the music video and DVD content for upcoming release from Gen Hoshino entitled “Family Song” has been released.

In the flat pink-stylized “Family Song” music video, Hoshino dons a dress and wig to play the mother of a family. Overall, gender rolls are (mostly) reversed: female actress and singer Mitsuki Takahata plays the role of the husband, male comedian Takashi Fujii and Petrolz singer and guitarist Ryosuke Nagaoka act as their daughters, and Noriyasu “Kasuke” Kawamura is on the drums as grandma. Hajime Kobayashi takes on piano, retaining his identity as their son.

The song will be used as the theme song to the upcoming NTV drama “Kahogo no Kahoko” which premiered on July 12, of which Hoshino said he began writing this new song after reading the drama’s script.