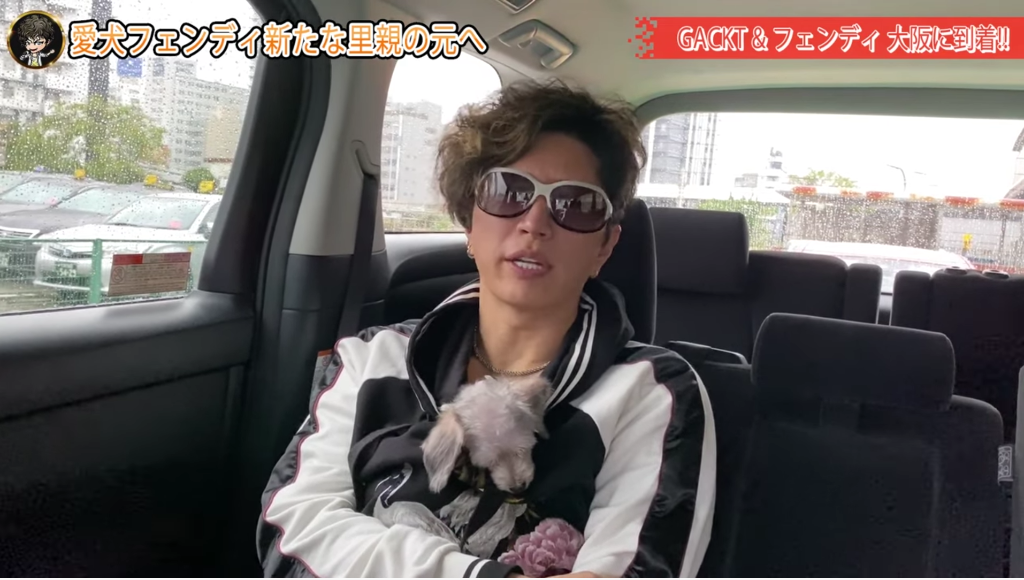 Rocker GACKT mainly makes the headlines nowadays for his bizarre, usually hilarious antics. This time however he has been receiving flack from netizens and even most of his fans.

Around 5 months ago fans were delighted when GACKT revealed that he is now the father of a new adorable puppy named Fendi. Occasionally making appearances on his social media, things seemed to be going great for them. That all changed with the latest upload of GACKT’s official YouTube channel. In the video GACKT revealed that after only 5 months he had decided to give away his puppy to a friend. This caused a heated debate within the comment section, with the high majority being upset with GACKT.

Currently the video has 7.2k likes and a massive 31k dislikes.

In the video GACKT revealed that the wife of his good friend who is a poker player recently lost her dog last year, and has been suffering. Due to this he decided to give Fendi to her, claiming that this decision makes him want to cry himself. The video chronicles GACKT traveling to “Poker Sensei’s” house and dramatically gifting the puppy to her.

Prior to the comments getting disabled, they were full of people puzzled and upset that he did this

As news of this began to spread more details about GACKT’s former puppy Fendi came to light. Shortly after receiving Fendi, GACKT actually got another puppy. This had led some to wonder if he simply didn’t need Fendi anymore now that he had an even newer cuter puppy. Popular Youtuber PDR highlighted this point, heavily criticizing GACKT for just giving him away. “Dogs aren’t fridges or cars! They are living beings!!!“

He was also bashed for exploiting the grief of Poker Sensei’s wife for views and publicity, giving him an easy excuse to get rid of the dog. Replacing a beloved pet can be a very personal thing, she wasn’t consulted before this video as it was all a surprise.

Many are wondering if GACKT will address this further.